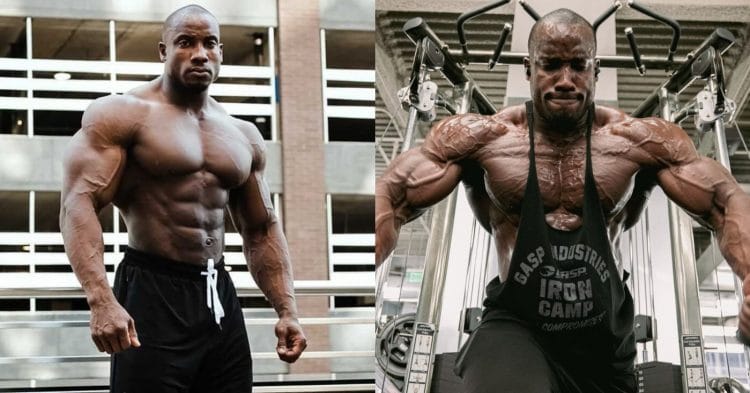 Chris Bumstead has made it clear that he plans to reign as the Classic Physique Olympia champ for many years to come. However Robert Timms looks like he could be a serious threat to derailing those aspirations.

Timms has been dubbed by many in the bodybuilding community as having the definition of a Classic Physique, and taking one look at him it is not hard to understand why. The young up and comer took some time away from the sport, but returned with a bang to win the 2021 Texas Pro earlier this month, stamping his invite to the Olympia.

Since then, he has begun to gather himself and prepare to begin his prep for the contest. The recent updates to his Instagram however, show that with just a little bit of tweaking, and some work on his posing, he could be a legitimate challenger for two-time champ Bumstead.

“FAMILY I FINALLY GOT IT!!! I was struggling with my back double and couldn’t figure it out for the life of me. I was told that I don’t open my back and I didn’t understand,” Timms wrote.

“I sat and watched some of my competitors (I’ll tell you who after the Olympia lol ) and took a page out of their book AND BOOM There you have it, it’s not perfect yet but it will be. This will be the new variation and when I have a back pump I bet it’s gonna be NUTTY!!!!This was taken today right after fasted cardio”

Robert Timms admits that he has had some trouble learning the ins and outs of posing for a bit, but he seems to be figuring this out. With the naturally gifted physique that he has, being able to properly display it on stage would make him a dangerous foe for all rivals.

That being said, he is taking care to improve in this weak area, and not just with his back. An earlier update, posted shortly after the Texas Pro showed him working to perfect his relaxed pose as well, so that he can put it all together by the time the Olympia comes around.

This will be the third time that Robert Timms has competed at the Mr. Olympia, with his best prior placing being 6th in 2016. With the landscape of the division having changed so much since then, it will be interesting to see him returning to the stage and putting his package up against the best in the world.