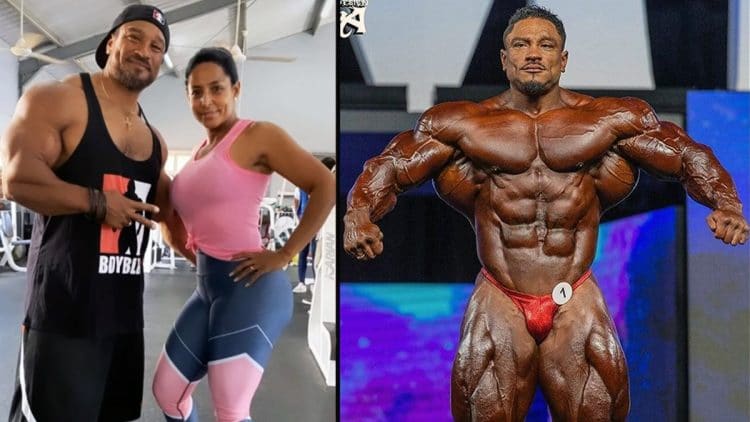 Bodybuilder Roelly Winklaar looks significantly downsized in some of his most recent social media posts. Currently, Winklaar is not competing as actively as he did at the peak of his bodybuilding career. He last appeared at the 2021 Romania Pro and finished ninth in the Open Pro division. It is not certain if and when Winklaar will return to competition. Furthermore, the downsized images have raised speculation if he is planning to retire.

Recently, Roelly Winklaar shared some physique updates on his Instagram stories and looks a lot leaner and light compared to his competitive days. While less pronounced muscles and higher body fat can be mistaken for downsizing, Winklaar looks to have shed a lot of muscle mass in the past few months. Courtesy of Fitness Volt’s Instagram account, you can watch Roelly Winklaar’s downsized physique here:

Roelly Winklaar and the trend of downsizing among retiring bodybuilders

Roelly Winklaar has slipped steadily in the competitive standings over the last couple of years due to the inability to train during Covid-19 imposed restrictions. Many were expecting Roelly Winklaar to attempt and improve his standing. However, the downsized images have raised speculations about Winklaar potentially retiring from competitive bodybuilding.

Downsizing seems to be a trend that is catching up with a lot of bodybuilders that are either semi-retired or completely retired from competitive bodybuilding. Years of strenuous bodybuilding lifestyle tend to take a serious toll on an individual’s body. Stepping out of the competitive sphere also negates the need to carry the extra muscle mass. While it is difficult for a lot of bodybuilders to downsize and let go of the most important aspect of their personality, there is nothing wrong to choose health over aesthetics after retirement.

Depending upon the reason, bodybuilders downsizing after retirement should be encouraged as the healthy trend. Open Pro bodybuilding is currently in the transitioning phase. Young up-and-comers are already emerging as serious threats to more established names. Roelly Winklaar is from the 2000 and the 2010 era of bodybuilding.

He is contemporary to the likes of Kai Greene and Phil Heath to name a few. Most of them are all past their physical prime.

Roelly Winklaar is the last man standing from that era. If his downsizing is actually a sign of retirement, it will usher in the new era of competitive bodybuilding.