Roelly Winklaar confirms his intent to qualify for the 2021 Mr. Olympia, and reveals which contest he plans to use to get there 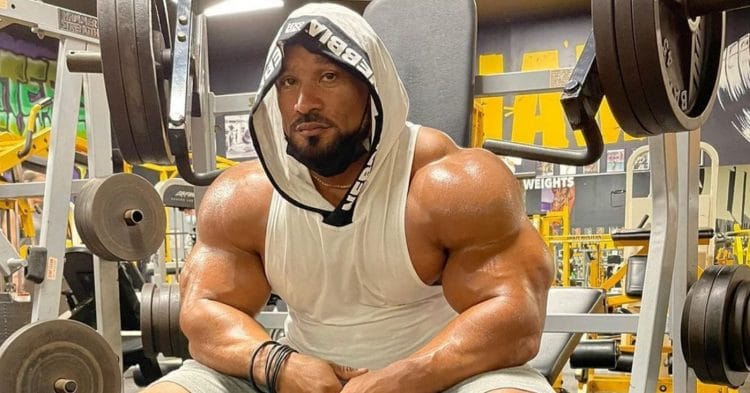 Fans have been wanting to see Roelly Winklaar at the 2021 Mr. Olympia. Now he reveals the shows that he plans to compete in, in order to qualify for this year’s contest.

Winklaar was expected to compete at the 2020 Olympia, but was forced out shortly before the contest due to a positive COVID-19 test. He has not competed since then, with his lone appearance being a recent guest posing earlier this year.

This has led fans to question if he will make it to the 2021 Olympia, given the rapidly dwindling time to qualify. However speaking in a recent interview, he revealed that he has plans to qualify for the contest soon, eyeballing the Chicago or Tampa Pro.

“I talked exactly two days ago with my coach, and he said we don’t need a lot. Let’s just focus on 8-10 weeks, and we’ll figure out which shows we’ll do,” Winklaar said, before being asked if he was looking to compete in Chicago or Tampa.

“Exactly, (I’m looking at) those shows, because like 4 weeks ago, I was in Seattle, it was my first training in three months because my country had a lockdown. I’ve trained exactly 3 or 4 weeks now, but the other months I couldn’t do anything. That’s why I’m doing late shows, because if I was training already, (I might have competed) at the other shows that have passed by.”

Roelly WInklaar was intending to compete at the 2020 Olympia, but passport issues and a positive test derailed that. That being said, he felt like he had a real chance at winning the Olympia and beating Big Ramy.

He went on to explain that his coach felt like he had the best shot at winning last year. Moreover, he assured fans that if he had stepped on stage in 2020, he would have won the contest.

“(I would have been) number one. I think so,” Winklaar said. “Nobody’s bigger than Ramy. I think dryness, with dryness I could beat Ramy. Nobody was dry that day. Everybody was in shape that day, but nobody was dry. Ramy was dryer than everybody, and normal.”

This is something that seems bold, but Roelly has beaten Ramy in the past. He goes on to say that he is happy for Ramy, but he has a message for the Olympia champ, heading into the 2021 contest.

“I’m very happy for Ramy because we both were training at Oxygen Gym. We saw each other every day, and we were both working hard for it. I’m happy for him because he made,” Winklaar said.

“It is every bodybuilder’s dream to be Mr. Olympia. But I will tell him, watch out I’m coming.”

It will be interesting to see Roelly Winklaar back on stage again, and figure out just how much he still has to offer the sport. His presence was missed at last year’s Olympia, and it will be great to have him back, if he can qualify.

How Long Does Pre-Workout Last?