The eight-time Mr. Olympia legend didn't need a fancy diet plan to be the best of all time. See what "The King" ate while he was at the top of the sport. 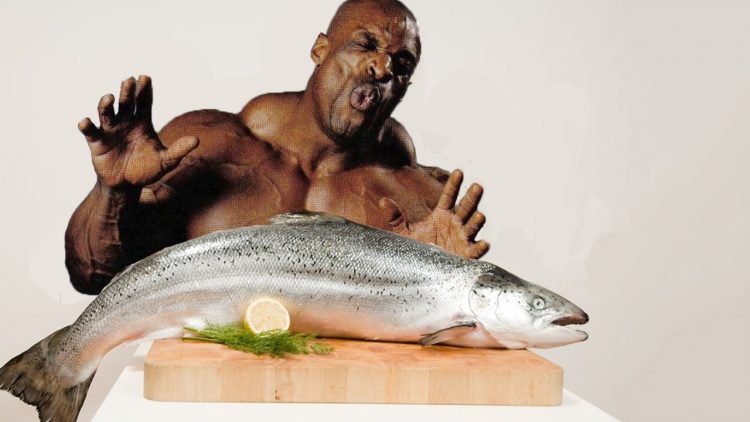 Ronnie Coleman is widely regarded as one of the greatest bodybuilders of all time, winning a record eight Mr. Olympia titles.

His sheer size, conditioning, completeness, and freak factor made him untouchable during his peak years. But without a solid training and eating regime, he wouldn’t have collected those eight Sandow trophies. Well, today, we wanted to share what this legend ate during his prime to get jacked!

A little about Ronnie Coleman

A Louisiana boy, Coleman had God-given physical prowess that he used for football. He played for the Grambling State University Tigers and graduated with a BSc in accounting.

But after relocating to Texas and failing to secure work as a CPA, he’d have a short stint at Domino’s Pizza before being accepted in the Arlington Sheriff’s department and having a career as a police officer before becoming Mr. Olympia.

You’ve probably heard about the story where he was offered a free membership in exchange for agreeing to compete by the Metroflex gym owner Brian Dobson. Well, that turned out to be a very good call on his part.

Coleman won his first contest in 1990, Mr. Texas Amateur, and the rest was history although he didn’t make it to the top until eight years later which really isn’t too shabby.

Coleman lost his crown in 2006 to nemesis Jay Cutler and after competing at one last Olympia in 2007, he called it quits.

Unfortunately, the years that followed consisted of a lot of pain and suffering leading to Coleman needing multiple back and hip surgeries. His years of 800lb squats and deadlifts caught up as did a few botched procedures that cost him millions.

Despite not being able to walk, Coleman still trains in his home gym and has the support of family, friends, and fans around the world. He’s still involved in the industry and has his own supplement line, Ronnie Coleman Signature Series.

What Did Ronnie Coleman Eat During His Prime?

Let’s talk about the diet of “King Coleman”.

Now if you’ve seen any of Ronnie Coleman’s eating videos, you’d know that he’s a true southern boy who likes his bbq chicken, grits, rice and beans, corn, and we can’t forget about the cornbread… mmmm.

That was about the extent of his meals with a little variation, but we couldn’t blame him for sticking to what worked for him, both to maintain his physique and enjoy what he was eating.

Ronnie Coleman’s diet would consist of 65% protein, 20-25% carbs, and 5-10% fat. He placed a big emphasis on his protein and is known for his protein powder shakes where he does a comical number of scoops. But being so massive, he needed the protein!

“The most important thing about nutrition is protein because protein is what builds muscle.”

Below is just an example of what he’d typically eat in a day.

You may have seen Coleman’s tacklebox full of vitamins and minerals when he was competing and we provided everything in it below.