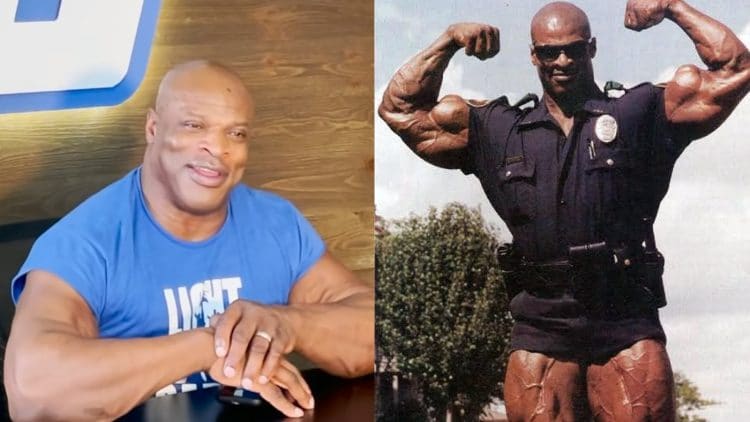 With a stagger 8 Mr. Olympia titles to his name, Ronnie Coleman is one of the greatest bodybuilders to ever live. He recently explained how he is able to find motivation to keep training at this point in his life.

Coleman literally sacrificed his health to be one of the greatest to ever do it, having serious back issues in the years since he retired from competition. However this still does not stop him from still training when he can, oftentimes being seen in the gym, working harder than most 57 year olds do.

Speaking in a video to his YouTube channel, Ronnie was asked what it was that kept him motivated to train, even through his injuries which has caused him to lose much of his mass. The answer he gave was a simple one, saying that he trains because it is his passion.

“That’s easy. Working out is a hobby for me. I’m having the most fun that I’ve ever had in my whole entire life. So I look forward to going to the gym each and every single day, and if I don’t I’m in a real, real, real bad mood. So I stay motivated because it’s my passion, and I’m having the time of my life, and I look forward, and it is the best hobby that I’ve ever had,” Coleman said.

Related: Ronnie Coleman Looks Back on His 2300lb Leg Press

The first signs of back problems for Ronnie Coleman came from when he herniated his discs in 1996. This was something that he was able to recover from quickly, in order to compete at the Arnold Classic a few months later.

He was offered surgery, but because of how close the next competition was he declined. Instead, Ronnie explained that the reason he was able to recover so quickly as because of going to a chiropractor every day, and returning to the gym.

“First of all I kind of laid on the floor for about two weeks. Didn’t go to work, didn’t go to the gym. I was in a lot of pain, and I thought to myself ‘Hey you’ve got to get rid of this before the Arnold Classic, and you’ve got about 8 weeks to go,'” Coleman said.

“The doctors said ‘We can do surgery if you want us to and we can fix. that herniation right away.’ I was like dude, I ain’t doing no surgery. So I went straight to the chiropractor, and I went every single day, and that helped a whole lot. That got me ready to get back in the gym… So I get back in the gym after two weeks laying on the floor, and I started back working out. Actually I think the gym is what really got me back to normal. Going to the gym, working out, doing that same old thing.”

Ronnie Coleman Shares The Best Moment Of His Life

With the various types of accomplishments that Ronnie Coleman has achieved in his life, one would think that it would be tough narrow done one favorite moment. However that was not the case at all.

When asked that question by a fan, Ronnie said that it was winning his first Olympia title. This is because that was not something he ever imagined himself doing, and was able to turn his gym hobby into a legendary career.

“(The best moment of my life) was when I won my first Mr. Olympia title, because the only I reason I got into bodybuilding was because Brian told me he would give me a free membership to the gym. Never had any intentions whatsoever of winning the Mr. Olympia. Hell, I didn’t even know what it was when I started bodybuilding,” Coleman said.

This was an insightful look into the life of Ronnie Coleman. He is one of the biggest icons in the sport, and it is always nice to see him answering fan questions.