Ronnie Coleman Runs Into William Bonac While Training In Columbus 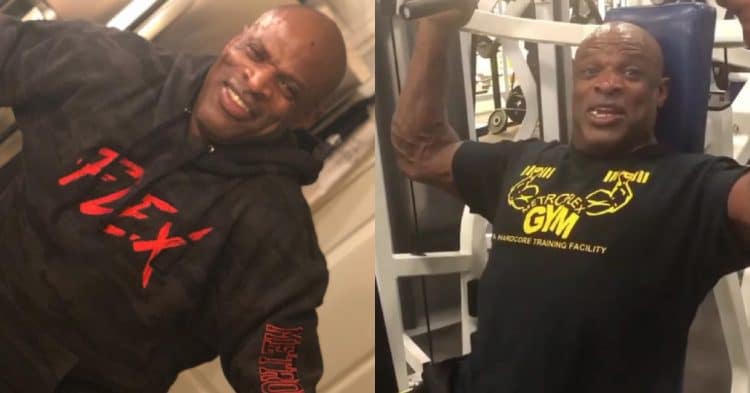 The Arnold Sports Festival may not be continuing as planned. That does not stop Ronnie Coleman from spending time with the fans who showed up to Columbus, Ohio anyway.

Coleman is one of the greatest bodybuilders of all time, having won the Olympia 8 times. As a result, he was one of the most sought after guests expected to attend the Expo at the Festival. However that all changed, when concerns about the coronavirus forced city officials to cancel the expo, and only let the competitions proceed.

Regardless, this has not stopped Coleman from wanting to still spend time with his fans. According to a post to his Instagram, he is hanging out at the Powerhouse Gym in Columbus, where he will be meeting fans and signing autographs for a few hours this afternoon. Not only that but as the video shows, he decided to not waste the opportunity for a hard workout while at the gym.

“Ain’t no virus stopping me from going to the best show on Earth. It’s a midnight training session at Powerhouse gym on Long street in downtown Columbus Ohio. Since there is no expo, I’ll be signing books and t-shirts Friday, Saturday and Sunday at powerhouse gym from about 2pm to 6pm. See you guys there, yeah buddy.”

Coleman has had a history of back surgeries, and he got surgery on his hip in January, so he is not going too hard on the workout. Regardless, he still looks huge. While training here, he ran into fellow bodybuilder William Bonac, who will still be competing at the Arnold. The two posed for a quick picture.

“Look who I ran into at @powerhousegymcolumbus the one and only 8 times Mr Olympia @ronniecoleman8 Yeahh Buddy aint nothing but a 🥜
Thank you 4 the 📸 you’re legend and a huge inspiration for millions of people all over the World.👑”

So if you were one of the people unable to attend the Expo, feel free to go meet with Ronnie Coleman at the Powerhouse Gym. It is cool to see him find another way to interact with fans, given the unfortunate situation regarding the Arnold Sports Festival.