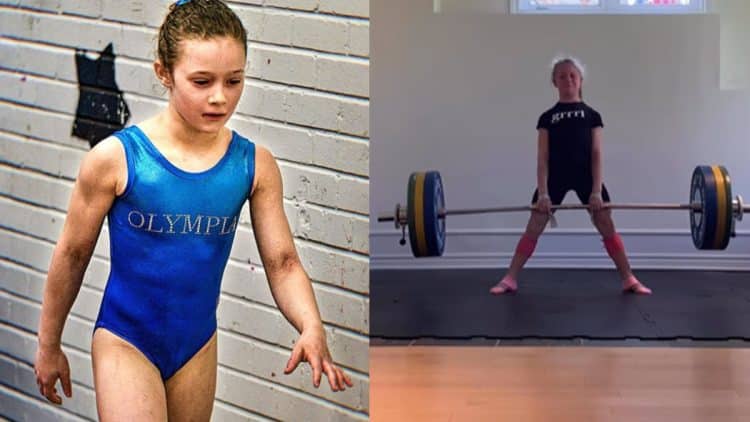 The strength Rory Van Ulft has already demonstrated in three sports is amazing considering she hasn’t even spent a decade on this planet yet. Ulft is primarily a gymnast and a weightlifter, but due to her deadlift prowess Rory is obviously gifted for powerlifting as well. Having discovered a love for deadlifts, as well as a vested interest in weightlifting, 9-year-old Rory is committed to improving in this lift. Although she has already passed some notable milestones, like the 100-kilogram (220.5-pound) pull, her new achievement surpassed all of them.

The new video on Rory Van Ulft’s Instagram page, posted on September 12th, 2022, shows her deadlifting 111 kilograms (244.7 pounds). This was not specified to be her new personal record, but it seems like it is. Rory did use lifting straps, so the lift was not raw technically. However, it is no less impressive, as a 9-year-old girl locked out this much weight. Initially, the weight took some time to move off the floor; however, once it began moving, it moved smoothly.

“The strongest kid EVER is a GIRL ⁉️

Rory Van Ulft’s bodyweight at the time of this lift was 32.36 kilograms (71.3 pounds). So, her lift is much heavier than what the boys of her age can lock out.

Rory Van Ulft At A Glance

Rory Van Ulft has won the 13 & Under Age Group of the US Weightlifting Nationals for the past three years consecutively. She still has more than three years left in this division, so it is likely that she will achieve one of the most insane win streaks in this competition.

Although there are a number of athletes who performed 3.4x bodyweight deadlifts, it is unlikely that anyone did it at the age of 9 years old. This is an exciting sight to see for powerlifting fans, but the chances are that Rory Van Ulft won’t switch sports anytime soon. Nevertheless, she is en route to becoming a one-of-a-kind weightlifting phenom, which will be partially due to her deadlift prowess.