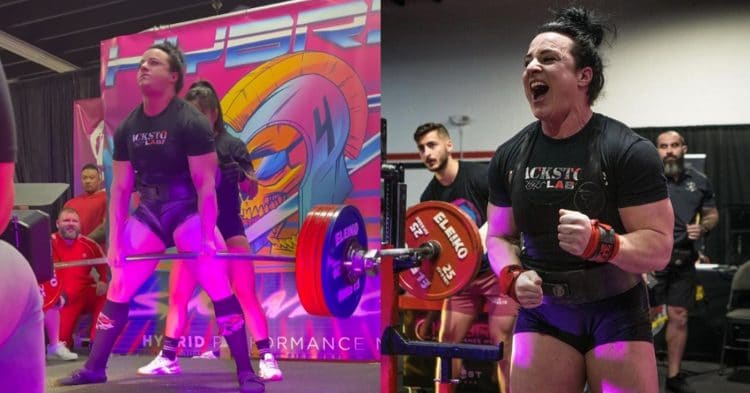 Samantha Rice put on an absolute show at The Hybrid Showdown 4, held on  January 15-16th, 2022 At the HYBRID Performance Method Gym Miami, FL. She competed in the 90kg category and managed to break two all-time World Records, and win the female division.

The competition was packed with some very impressive record-breaking performances from the likes of John Haack, Blake Lehew, Hunter Henderson, and more, but Samantha’s performance was the most impressive of them all.

You can watch all her lifts here, Courtesy of ALpowerliftingTV YouTube Channel:

Samantha drastically improved her competition records in all three of her lifts, which got her the win, and $20,000 of prize money. Her final DOTS score was 616.78, which is the sixth-highest all-time of any female lifter in the raw division.

The participation at the Hybrid Showdown marks her 17th powerlifting competition, and what is one of the most impressive stats in the powerlifting world is that she has won all 17 competitions, making her win rate 100%. Her debut contest was back in 2014, at the 2014 NASA World Cup.

For the past two years, Samantha has competed in the 90 kg division, and with her new records, she is officially the greatest athlete in the division. At the age of 31-years-old, she is breaking her previous personal records by a very impressive margin.