Arnold's son Joseph Baena looks like a splitting image of his father. 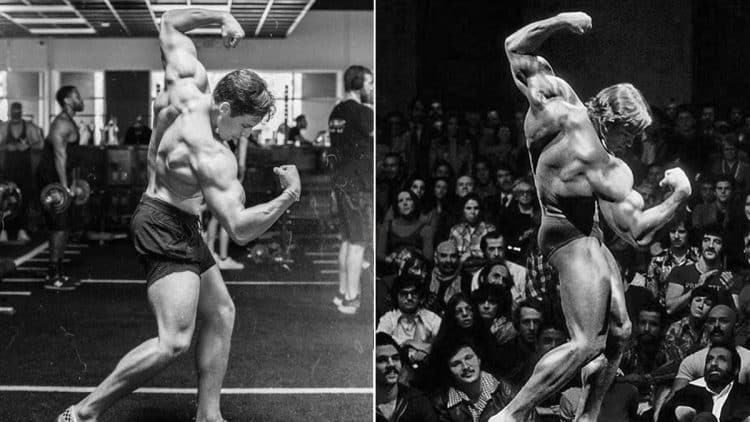 Joseph Baena, son of Arnold Schwarzenegger, has clearly inherited some good genes from his father. His passion for bodybuilding combined with his genetic gift has blessed him with a physique fit for the golden era of bodybuilding. In a recent Instagram post, Baena hit a famous back pose where he looked just like his dad.

Legendary bodybuilder Arnold Schwarzenegger left an indelible mark on the sport, having won a historic 14 world titles, including seven Mr. Olympias. He was renowned for his insane symmetry during the peak of his career, when he crushed the competition on stage in the 1970s.

The Austrian icon is not only known for his accomplishments in bodybuilding, but also for his work in Hollywood, where he became an A-list actor in blockbuster movies. Even at 75 years old, Schwarzenegger loves to get a workout in. He maintains the same discipline when it comes to keeping a nutritious diet as well.

Arnold is often seen training with Baena at the iconic Gold’s Gym in Venice Beach, California. Being the son of Schwarzenegger comes with its own pressures. For Baena, it was important to live up to his father’s name from a young age. He was raised by his mother and had limited interaction with Arnold during his younger years. As they developed a stronger bond, Baena admitted his concern about what his father might think of him. This sparked the fire in Baena to explore his own creative projects and work hard to follow in his dad’s footsteps.

Previously, Baena went viral for replicating his dad’s well-known bodybuilding poses. People on social media could not believe how close the two looked.

In a recent post made on social media, Baena mirrored his dad’s famous back pose.

“Going for it,” Baena wrote.

Although Baena may be leaner, the resemblance between the pair is uncanny. For reference, check out Arnold performing the same pose below.

Related: Joseph Baena Opens Up on Bodybuilding and his ‘Addiction to the Gym’ in Workout with Bradley Martyn

Joseph Baena earned his first public attention as an actor when he recreated some of Arnold Schwarzenegger’s most iconic Terminator moments in a video short. His appearance certainly contributed to the film’s success, and moviegoers could not wait to see him and his father on the big screen.

The actor has starred in a few films since then, including two that are currently in post-production and another that is currently in production, and maintains an excellent level of physical fitness and health.

The public is certainly taking notice of Joseph Baena’s work. His Instagram following currently stands at 371K, and he has graced the covers of magazines like Men’s Health.

The 24-year-old is just getting started in his professional life. He already has experience in acting and has worked in real estate. Baena teased a move to bodybuilding but has not shared any concrete plans yet. If his recent photos are any indication, he could be ready for competition and can land a spot on the podium if he dials in his physique further. Baena had recently shared how he likes to start his week off strong with leg training.