Bodybuilding legend Arnold Schwarzenegger is committed to preserving his health while enjoying retirement. 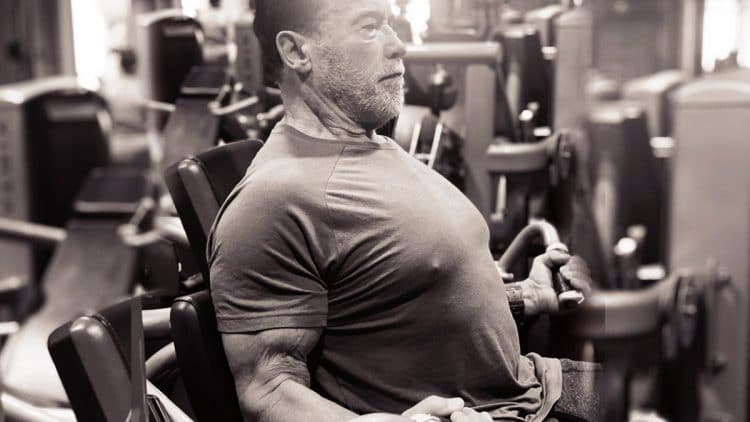 Arnold Schwarzenegger reached incredible heights as a Professional bodybuilder and left behind one of the best resumés the sport has ever seen. At 74 years old, Schwarzenegger is determined as ever to preserve his health with a proper diet and training.

While competing on stage, Schwarzenegger did the unthinkable at the time, winning the prestigious Mr. Olympia contest a total of seven times. He dominated the bodybuilding landscape from 1970 to 1975, an era that saw him reign supreme over all competitors at Mr. Olympia. The Austrian native returned to the event in 1980 after stepping away from the sport and proved he still had the willpower and physique necessary to contend with the best. Schwarzenegger would earn his seventh and final Sandow trophy at the 1980 Mr. Olympia, defeating Chris Dickerson en route to the major victory.

While he no longer competes professionally, the bodybuilding legend still has his finger on the sport’s pulse. He hosts the annual Arnold Sports Festival every year, a mega-event, where athletes gather from around the world to compete in bodybuilding. In addition to being a former U.S. Governor of California, “The Austrian Oak” is an actor and philanthropist, who never misses an opportunity to help those in need. In spite of his busy schedule, Schwarzenegger always makes the most of his time training at the gym.

Arnold Schwarzenegger Praised by Fans for Maintaining Physique for Decades

In a recent Twitter post, Schwarzenegger shared a rare photo of him training before speaking about climate change at the Austrian World Summit.

Getting pumped earlier for today’s Austrian World Summit. Tune in at 3:30 AM EST – 30 minutes! https://t.co/COmUb2AFn8 pic.twitter.com/l15yC2FiB6

Fans took to the comment section, marveling at the famous actor’s ability to stay in great shape throughout the past several decades.

“You are an inspiration to us all. Keep on pumping” another onlooker posted.

“A great strong man with a great big tender heart for humanity.” one commenter shared.

The Terminator star swears by an ‘80 percent plant-based diet‘, a concept he began to utilize in retirement for the past few years. While Schwarzenegger sees value in adhering to a plant-based diet, he stressed the fact that he still enjoys consuming meat, even on a limited basis.

Releasing a 2018 documentary called The Game Changers, the seven-time Mr. Olympia provided fans with an in-depth experience, where he is joined by producers James Cameron and Jackie Chan to shed light on some of the misconceptions surrounding plant-based diets. Another key point from the film was the reduction of carbon emissions and greenhouse gasses, which Schwarzenegger believes is influenced greatly by farmers and meat consumption.

Some have questioned the efficacy of a plant-based diet, most notably, popular social media sensation Brian Johnson, well known in the fitness industry as ‘Liver King‘. He operates his life in tandem with the nine ancestral tenets and promotes healthy living by eating a raw organ meat daily. While unconventional, the movement to eat raw meat is growing.

At 74 years old, the bodybuilding legend doesn’t look to be slowing down in the slightest. Despite rarely posting gym photos, Schwarzenegger’s commitment to health and longevity are still some of his top priorities in life.

How Many Calories Do You Burn Fishing?