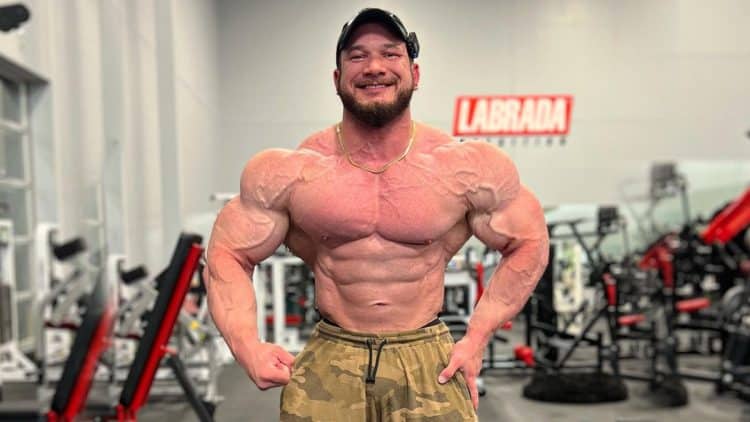 The goal of Hunter Labrada at this year’s Olympia is to present an improved physique as well as better conditioning compared to last year. In a video uploaded to his YouTube account, Labrada shared his thoughts on which form of cardio is the best in prep.

IFBB Professional bodybuilder Hunter Labrada is the son of bodybuilding Hall of Famer and former Mr. Universe Lee Labrada, who also owns his own supplement company. Hailing from Texas, Hunter grew up with both his parents competing on stage. His mother, Robin Labrada, was also an athlete. Having been by her husband’s side throughout his career, Robin understands the world of bodybuilding more closely than most. Hunter has even stated that he values her opinion just as much as his father’s when it comes to preparing for tournaments.

Hunter’s story could have been very different. He grew up with a love for football and yearned to make a career out of the sport until he discovered his passion for bodybuilding at the age of 18-19. Since then, he has been determined to live up to his family name and make his own identity.

Lee did not immediately accept his son’s decision to switch to bodybuilding given the work he had put in for football. But Hunter ended up convincing Lee, and he started mentoring him.

As the son of an icon, Hunter had big expectations to live up to. He made a name for himself by dominating numerous contests before earning his Pro Card at the 2018 NPC National Championships. Hunter went on to win the 2020 IFBB Tampa Pro and 2021 IFBB Chicago Pro.

Following a rocky 2020 Olympia debut where he placed eighth, Hunter came back next year to shock the world by winning 4th place at the year’s most elite show. He also outpointed 2021 Arnold Classic Champion Nick Walker, with whom he shares a fierce rivalry. They have recently trained together in preparation for the 2022 Olympia, where they both pushed each other to the limits.

In a clip posted to his YouTube channel, Hunter Labrada revealed his choice for the best form of cardio while in prep.

Related: Cardio for Big Guys – The Best Exercises and Methods

Taking it a step further, Hunter explains why fasted cardio isn’t the best way to do cardio while prepping for a competition

“The idea that fresh out of bed in the morning, fasted state is going to optimally burn fat compared to doing cardio at a fasted point at some point during the day is very untrue and false. What do I mean by fasted point? So obviously, fasted cardio, you’re fresh out of bed, you slept for six or seven hours. Your blood sugar should be bottom down. There’s no nutrients in your body. You’re going to do cardio at your absolute fasted point. Fasted point cardio is basically the same thing.”

“I can back this up with my personal experience. I’ve used a glucometer for weeks on end taking my fasted blood glucose in the morning and right when I hop on stairs post workout and it’s within three or four points of each other.”

“To say that fasted cardio is optimal for burning fat, false, it’s not true. It is a good point to do cardio… but at the end of the day, optimizing your cardio needs to be at a fasted point.”

“The first place you should add your cardio is actually post workout. For two reasons, one, you are in a fasted point post workout, you’re not going to get more faster than you are post workout, especially in a prep setting if your foods anywhere where it should be. And then secondly, the post oxygen consumption from weight training is far more fat burning than cardio. So by doing it post training we are able to compound the effects.

Third thing that I really like about post cardio is that your heart rate is already jacked. You don’t spend the first three, four, five minutes of your cardio session trying to get your heart rate up.”

Hunter compared the differences between fasted cardio and fasted point cardio. He informed that he used a glucometer to track his blood glucose levels and found no discernable difference between the two states. He argued against the idea of fasted cardio being the optimal way to burn fat. Instead, Hunter recommends that cardio is best timed after a lifting session to compound the benefits derived from each type of training.

According to this analysis, fasted cardio is not as necessary as fasted point cardio for achieving great results. Definitely a game-changer from Hunter Labrada.

Hunter Labrada is gearing up for the 2022 Olympia, which will be hosted on Dec. 15-18 at Planet Hollywood Las Vegas Resort & Casino. He recently shared a high-volume arm workout with his fans, giving them a breakdown of what to keep in mind when performing the exercises.

After improving significantly in the previous edition, he will have all the confidence in the world to make for an even better showing at this year’s Olympia.