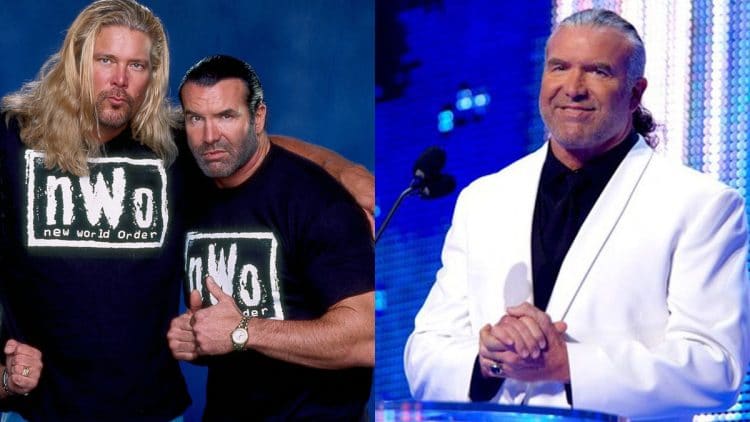 Pro wrestling legend Scott Hall AKA Razor Ramon passed away at the age of 63 years. Hall was one of the most successful pro wrestlers of his era. He was a two-time WWE Hall of Famer and the founding member of NWO (New World Order) along with Kevin Nash and Hollywood Hulk Hogan.

Hall underwent a hip replacement surgery after suffering a broken hip recently. However, the surgery left him with three heart attacks. The doctors placed Scott Hall on life support afterwards. Fellow pro wrestler and longtime friend Kevin Nash on Monday announced that the doctors had removed Scott Hall from life support once his family was in place. Hall had a history of cardiovascular issues and had a defibrillator and pacemaker implanted in his chest.

The WWE also confirmed the news of Scott Hall’s death with a tribute at the beginning of their RAW television program.

WWE is saddened to learn that two-time WWE Hall of Famer Scott Hall has passed away.

One of the most important wrestlers of the 1990s era, Scott Hall initially wrestled for several promotions in the mid-1980s. He rose to prominence after making his WWF debut as Razor Ramon that was a ‘Bad Guy’ character. He won four intercontinental championships during the first tenure with the WWF and became a fierce rival with Shawn Michaels. The ladder match to determine the Intercontinental champion at WrestleMania X is one of the most memorable fights in the WWE history.

Scott Hall and Kevin Nash became close friends during their first stint in the WWF. The duo made a risky move to the WCW in 1996 as invading forces ‘The Outsiders’ trying to take over the scene. This resulted in WCW’s historic 83-week domination of the WWF on the Monday night ratings. Hulk Hogan joined Hall and Nash later to form the NWO (New World Order).