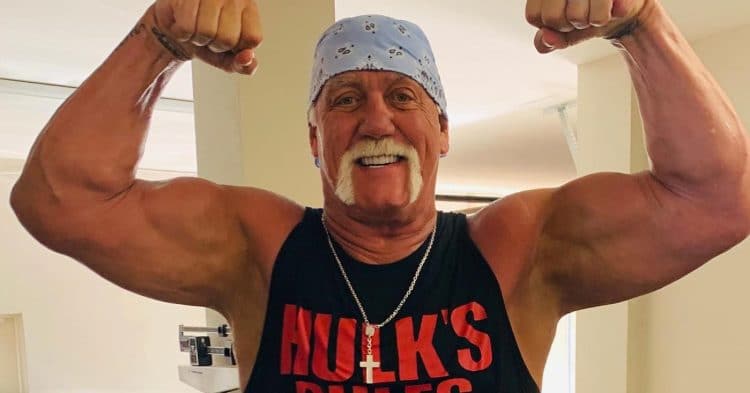 Hulk Hogan AKA Terry Bollea and professional wrestling are synonymous terms at this point. Recently, the wrestling legend took to Instagram and issued his lighthearted yet essential 4 Hulk’s rules of life.

In Hogan’s heyday, he was an enigma. Starting his professional wrestling career in 1977, the popular wrestler would eventually receive worldwide recognition for his talents during his time with the WWF (World Wrestling Federation) which is now the WWE (World Wrestling Entertainment). The wrestling entities saw Hogan become a national icon, and his charisma was ever-present anytime he was on stage or inside of a ring.

Along with Hogan’s incredible journey, the star wrestler also took to acting simultaneously. While competing in various promotions as a pro wrestler, Hulk Hogan carved out quite the Hollywood career. Starting with a cameo in Rocky III, Hulk Hogan took to the world of acting with open arms. During his time wrestling, the icon would eventually start going by “Hollywood Hulk Hogan” after adopting a villain-like persona to attract audiences far and wide.

RELATED: David and Goliath: Sylvester Stallone Shares an Unseen Photo of Him and Hulk Hogan

While his wrestling days for the most part are behind him, Hulk Hogan remains a permanent fixture in Hollywood and will always be revered as one of the most tenacious wrestlers to walk the mats. Recently, the legend and actor took to Instagram and issued his essential 4 rules of life.

While it’s simple advice, it’s all useful, especially if you’re looking to stay healthy this year. Attached to his essential rules of life, Hogan shared a picture of himself looking ripped at the age of 68-years-old.

It looks as though Hogan’s name might soon be headlining movie theatres. In July 2020, the Hulk Hogan biopic starring Chris Hemsworth was announced by Netflix. However, filming has continued to be put on ice due to the stubborn effects of the worldwide pandemic. Nevertheless, Hogan is confident that the Australian actor is up for the task and that his physique is on par with a prime Hogan. Even Hulk Hogan himself affirmed as much.

He’s already there! He’s ready BROTHER!!! But is he good looking enough to play me lol,lol,lol. HH pic.twitter.com/q6LLfWUGgL

“He’s already there! He’s ready BROTHER!!! But is he good looking enough to play me lol,lol,lol. HH” Hulk Hogan shared on Twitter.

As of late, Hulk Hogan has come into the limelight due to rising health concerns. The massive wrestler stands at six-foot-seven inches and lost nearly 25lbs in November of 2021. Prior to the health issues endured by Hogan, the famed wrestler was tipping the scales at around 302lbs. Despite the weight loss, Hulk Hogan’s biceps are still packing mass, and at 68-years-old, that’s an impressive feat.

The Hollywood star’s 4 rules of life are duly noted given Hogan’s incredible longevity. After sharing Hulk’s 4 rules of life with social media, it appears the former wrestling great is still keen on living a happy and healthy life.

A 52-year-old grandma has stolen headlines after she revealed details surrounding her unorthodox diet. Eating upwards of 150 eggs per...