Feroce opened up about his current goals: ''Maybe If I Ran A Bunch of Sh** With Tren, I Wouldn't Have Gotten Fat' 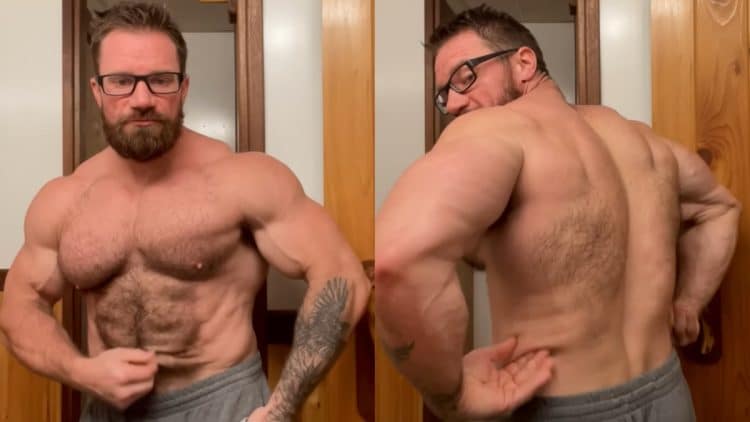 IFBB veteran Seth Feroce made a name for himself competing on the bodybuilding stage in the 2000s. In a recent video posted on YouTube, Feroce declared it was time to get back in shape, teasing a possible bodybuilding comeback.

Seth Feroce enjoyed a successful run in bodybuilding during his tenure. He went head-to-head against contenders in the Men’s Open division and the Men’s 212 class. Although he moved on from professional competition years ago, Feroce maintains his presence in the community as an outspoken and relatable personality.

Feroce never shies away from ruffling feathers with hot takes. In July 2022, Feroce delivered a lengthy rant aimed at the prevalence of steroid use in bodybuilding. He claimed that steroids were used in every sport. Seth took issue with those who had a hard time accepting that fact and even disclosed that he sold steroids to make ends meet as a bodybuilding competitor.

The outspoken retired IFBB pro opened up about his experience on gear last September. With the rise of bodybuilding deaths as of late, Feroce shared a cautionary tale to warn against the dangerous practice. He urged against using high doses of substances and revealed he had a health scare after getting his blood work done. However, he’s since made the necessary changes to his diet and lifestyle.

In a recent YouTube video, Seth Feroce unveiled his physique, where he stated he looked ‘fatter’ than before after adding weight to his midsection.

“This is the worst shape I’ve been in in the past 3 and a half or 4 years before I tore my tricep… But why did I get fat? What happened?” said Feroce. “Maybe if I was running a bunch of sh*t and some tren I wouldn’t have gotten fat. But I’m not. I just love omnitrope like the Liver King, which means 6 IU omnitrope, it’s impossible to get fat. But no, I take 200 mg of test and about four IUs of omnitrope a day and I love it.”

Feroce detailed how his business ventures played into getting out of shape.

“I’m making this video because I’m going to get in the best shape I’ve been in in over a decade. I’m disgusted with how I look. I’m not happy with myself.I don’t feel good about myself when I look in the mirror… Over the past two months, I still did my cardio but the cardio wasn’t outweighing the bags of pretzels I was eating. I don’t eat bad food but I eat a lot, like a lot of peanut butter and jelly rice cakes at night, a lot of pretzels, those are my snacks. I stress eat. It’s a downfall. It’s calories in and calories out.

“Doing these things, my company took precedence and my training took a back seat, my family took a backseat,” added Seth Feroce. “I had to make decisions on those long 10, 12, or 14 hour days, when it’s 7 or 8 o’clock at night and I’m like, ‘do I train or go home and see the kids during the holidays?’ Majority of the time, I chose the kids.”

He concluded with a positive message announcing his comeback and goal to get back in shape.

Seth Feroce plans to share his experiences getting fit this year. Four-time Mr. Olympia Jay Cutler also committed to a ‘fit for 50’ challenge and will transform his physique in the coming months. It appears Feroce is ready to go full throttle. Hopefully fans see him on a bodybuilding stage soon.