Seth Feroce believes his only regret after retiring was not competing more: 'for the past few weeks I've been training much harder with bodybuilder workouts.' 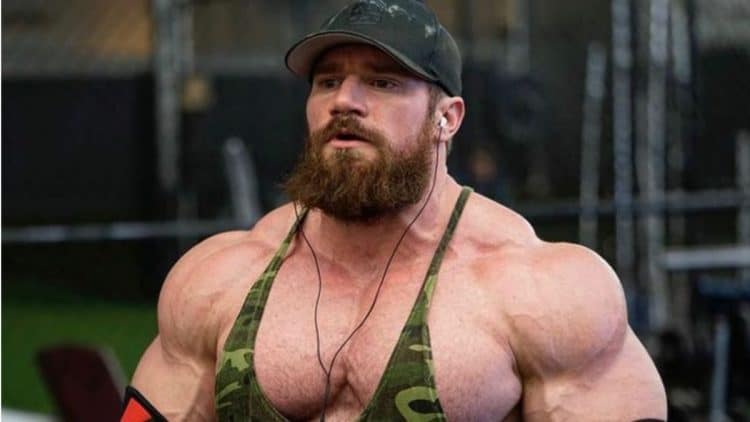 Seth Feroce led a successful bodybuilding career during the 2000s and is getting an itch to return to his former proving grounds. In a recent video, Feroce explained why he continues to warn bodybuilders against using steroids and also discussed his potential comeback.

As one of the more vocal bodybuilders, Feroce doesn’t hesitate in tackling controversial issues impacting his former profession. There have been a number of deaths in the sport lately, which has prompted the community to examine the safety of steroids. Feroce was part of that movement, and back in April, he told younger competitors that “steroids will kill you.”

This wasn’t the first time that Feroce warned against the dangerous compounds. A month after his initial statement, he elaborated and gave his thoughts in a dialogue called the ‘raw and uncensored truth about steroids.’ He joined retired IFBB Pro and judge Greg Doucette to discuss the addictive qualities that persist from taking these types of drugs.

Despite the ongoing risks associated with the sport, Feroce won’t completely dismiss a bodybuilding comeback. He recently sat down with Dave Palumbo and appears to be weighing the pros and cons that would come with returning.

During the video, Seth Feroce admitted to a health scare and said younger bodybuilders need to watch how much Trenbolone they take.

“It’s funny you said that because I had the health scare a couple of years ago, and it was really just making sure I was staying on top of my blood work and realizing how important those things are. I caused a lot of waves with that. It seems like the industry has had a reemergence of dumb people that are doing dumb shit,” Seth Feroce shared.

Feroce says he might have flown off the handle with previous warnings but continues to hear stories about younger bodybuilders taking upwards of 1,000 milligrams of Trenbolone.

Note: Fitness Volt does not condone and/or recommend the use of recreational or performance-enhancing drugs. This article reports on information relayed by the athlete/and or subjects. Fitness Volt is not a medical resource and the content presented to you is for informational purposes only.

Popular powerlifter Larry Wheels recently gave his thoughts on using Trenbolone. He described his experiences on the compound as a “living hell.” Conversely, Men’s Open bodybuilder Nathan De Asha swears by the compound and said it makes him feel ‘stronger.’

“I kind of flew off the handlebars a little bit huh,” says Feroce. “I’ve never heard more crazy stories from young people in my life. What are you doing taking 1,000 migs of Tren? That’s a lot.

That video, whenever I did that, it was a shock and awe type of thing. With me having that health scare over the past few years I’ve run about me becoming a 50 percent vegan because all I do is eat meat, fruit and veggies. Just jerking everybody off — making them angry about something.”

According to Feroce, his one regret in the sport was not competing more.

“My health – I mean it’s incredible right now. It’s great. I’m super fit. All this great stuff and recently, I’m like, ‘man… if there’s one regret I do have, it’s not competing more.’ For the past few weeks, I’ve been training much harder with bodybuilder workouts.”

Feroce: “A Comeback Would Be Cool”

Feroce is considering a comeback. He added that he’s been training more bodybuilding workouts recently and said it feels ‘so right.’

Of course, it pops into my head [returning to the sport] and I’d be lying if I said I haven’t thought about it. A comeback would be cool.”

After flirting with the idea of returning, Feroce acknowledged that it would be an uphill battle if he in fact decided to compete again.

“Man. There’s some really complete guys out there that would just make a mockery of me. They would make me look like such shit,” says Feroce. “I mean, yes [I could balance returning]. I think the big part is too, is the financial stability is something that I’ve always worked for in my life. I think every single person works for that.”

Like many bodybuilders who exit the sport, Feroce is searching for what to do next.

Even though he’s retired, Seth still attacks his training sessions with the same type of energy he brought to previous shows. He recently smashed leg day with Martin Fitzwater and Keone Pearson.

RELATED: Seth Feroce: Open Bodybuilding Will Be Gone in 5 Years

He may have hung up his posing trunks for now, but Feroce won’t stop warning upcoming talent of the dangers associated with steroids. At the time of this publication, it’s uncertain if Feroce is seriously considering a comeback, but it’s evident that he misses competing.