IFBB Pro bodybuilder Shane Post was shot in the torso after fighting over a parking spot with his neighbor Nikki Brown, who is out on bond serving house arrest awaiting trial. 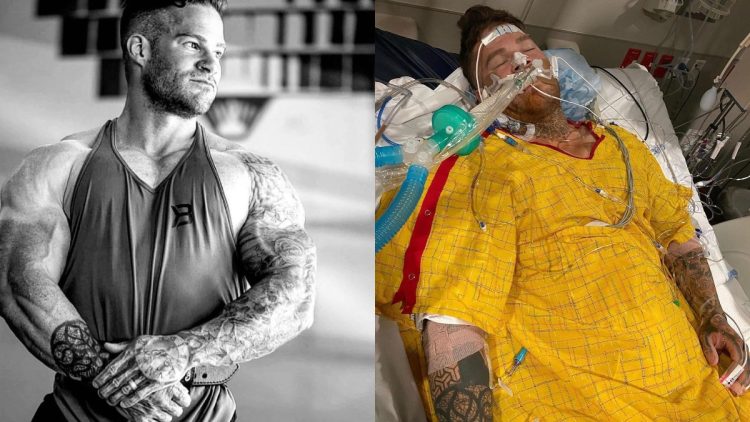 On April 19, 2022, IFBB Pro bodybuilder Shane Post was shot in the torso by his neighbor Nikki Brown following a heated dispute over a parking space. Security footage showed that his wife and child were present during the altercation. After undergoing treatment at a local hospital for four weeks, Shane Post’s bullet has been removed, though he sustained serious damage to his liver, colon, and pancreas.

After Post was shot in the torso, the bodybuilder stumbled to the floor. The event prompted his wife and daughter to come to his aid as Brown walked away in a nonchalant manner. Post’s neighbor was swiftly taken into custody by the police department after the act of violence took place.

Shane Post: “I Am Truly Blessed To Be Alive”

According to the BisandTris Instagram account, Post has lost a total of 40-lbs during his stay at the hospital. He’s been living with the help of a feeding tube, two drain tubes and is expected to receive a kidney tube this week.

“The neighbor, Nikki Brown, who posted 10% of the bond after the incident ($15,000 of $150,000), was put on house arrest until his trial where he’s expected to receive 15 years in prison. The judge who let him out on a low bond was fired due to “lack of confidence” and “several bad decisions.” Bisandtris posted.

The judge in charge of Nikki Brown’s case has been fired for having a lack of confidence related to job duties and for making ‘several bad decisions.’

Shane Post took to Instagram to thank his wife, IFBB Pro Bikini bodybuilder Irna Post. He is ‘bouncing back’ with another chance at life to see his daughter grow up.

“Been a long 4 weeks but I’m healing and bouncing back! Down 40 pounds and 3 tubes left. Couldn’t have done it without @irina__post_ ❤️ We did a lot of praying 🙏 and I am truly blessed to be alive and getting a second chance at life to spend with my beautiful family and watch my baby girl grow 👨‍👩‍👧” Shane Post shared.

Shortly after the shooting took place, doctors informed his loved ones that removing the bullet would be too dangerous upon entry into the hospital. Fortunately, now with the bullet removed, he can begin the next phase of recovery. Admittedly, the last four weeks have been long but the IFBB Pro is thrilled to still be in his family’s company.

Despite the damage to his liver, colon, and pancreas, Shane Post is optimistic about his recovery. Brown remains on house arrest until he faces trial. A GoFundMe campaign was created to help Shane Post and his family pay for medical bills. The link can be found here.