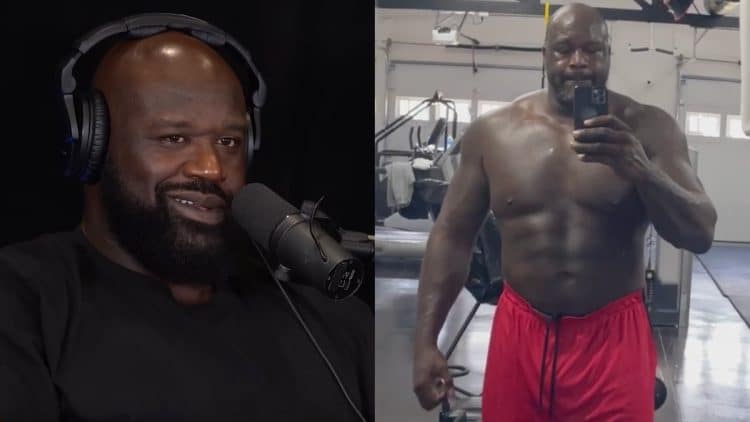 Former NBA superstar Shaquille O’Neal has long moved on from his days of competing on the basketball court. The time off from training at the highest level had a negative effect on his health but he turned things around with a dramatic body transformation. In a recent interview with Logan Paul on the Impaulsive podcast, Shaq talked about his weight loss journey.

Shaq is widely regarded as one of the greatest basketball players of all time, having won the Most Valuable Player award in 2000. He also made the NBA All-Star team a staggering 15 times. After stepping away from professional competition, Shaq found his passion for bodybuilding. He regularly collaborates with bodybuilders and fitness influencers for workout sessions at the gym.

O’Neal helped promote the 2020 Mr. Olympia as an honorary ambassador. He was also in attendance for the 2021 Arnold Classic in Columbus, Ohio, and got the chance to meet the iconic seven-time Mr. Olympia, Arnold Schwarzenegger. ‘The Austrian Oak’ stood next to the 7″1′ tall Shaq in a comical photo.

During the pandemic, Shaq, like most of the world, faced a difficult time in his life due to losing jobs and loved ones. He freely spoke about his lack of motivation after letting his health deteriorate. He eventually rebounded and recently made headlines for achieving a jaw-dropping body transformation.

In a recent interview with Logan Paul on his podcast Impaulsive, Shaq talked about his fitness ambitions before joking about becoming a ‘sex symbol.’

“I want to become a sex symbol. I’ve been working out and I posted a pic couple of weeks ago and it went viral. I was like, ‘man!’ So, I’ve been really really working out. It was the shirtless pic.”

He shared his thoughts on the recent transformation, where he lost nearly 40 pounds after rediscovering his motivation.

“I like to create crazy motivation. I was looking at myself and I had that Charles Barkley retirement body. I didn’t want my stomach to be over the belt anymore so I’m just like, ‘let me go ahead and get slimmed.’

But after that thing went viral now I have to live up to it. I was 401 pounds now I’m 365 lbs. I’m trying to take it back to 345 and I want to have muscles everywhere. I want to do underwear ads with my sons.”

Shaquille O’Neal did not achieve his transformation without hard work. He had to give up some of his favorite foods and change his lifestyle to get ripped again. Although he believes his current diet is the most difficult to follow, the results are evident based on his recent updates.

Foods You Should Eat While Intermittent Fasting

Former NBA superstar Shaquille O’Neal is widely considered to be one of the greatest basketball players ever. The four-time league...