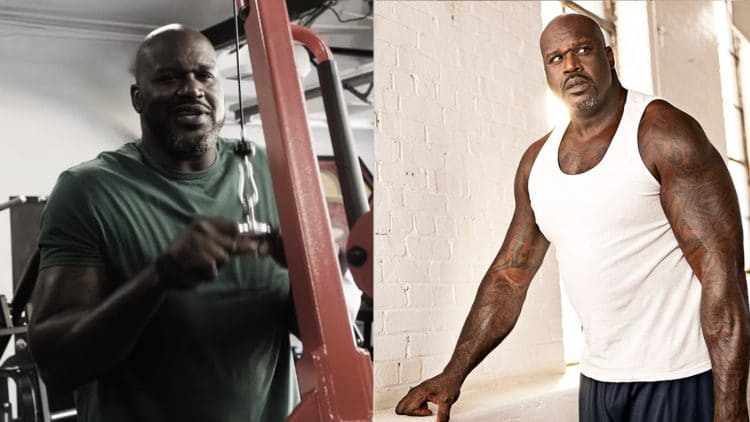 Retired professional Basketball player Shaquille O’Neal AKA Shaq overcame a series of personal losses, lack of motivation, and an unhealthy lifestyle in the year 2020. A year later, Shaq has bounced back with some serious adjustments in his lifestyle and finds himself in a far better situation mentally and physically.

In a recent video interview with Men’s Health, Shaq shared his food habits and fitness goals and spoke candidly about how he manages to stay in great shape at this stage of his life. In the process, the 49-year-old shed light on how his lifestyle has changed over the years and what caused him to abandon the unhealthy lifestyle and embrace fitness and nutrition.

Shaquille O’Neal started the food conversation with Aristotle’s quote, ‘You are what you repeatedly do’ and went on to speak candidly about his food habits and how they have changed since retiring from professional basketball.

Shaq stated that his diet used to be a lot more fun when he was playing and the current diet is the most difficult one he has followed in his entire life. Interestingly, Shaq’s pre-game meals consisted of two club sandwiches, French fries, and pineapple soda.

Shaq admitted that he could get away with a lot of detrimental food habits during his youth. However, his body can no longer sustain those habits and he tries to eat clean for the most part, occasionally indulging in his favorite foods.

His go-to meal nowadays consists of salmon with a dash of lemon while scrambled eggs, cheese, and turkey sausages form his go-to breakfast on most days. Shaq also told that fish, chicken, or meatloaf is the staple of his lunch menu.

While revealing the genesis of his current diet, Shaq said that a visit to his doctor and the subsequent feedback compelled him to switch things up dramatically to ensure longevity and healthy life.

“I did something I never did before. I went to the doctor. The doctor used that three-letter word that you never want to hear. He said, ‘Do you want to die?’ I said, ‘No, I don’t want to die.’ He said, ‘ You’ve gotta change some things up’,” Shaq said.

In addition to his standard meals, Shaquille O’Neal also follows a supplement routine he has formulated with his doctor and consumes a protein shake that has peanut butter, banana, and blueberries.

As revealed in his interview with Men’s Journal, Shaquille O’Neal does not follow a structured fitness regime or cross-train in multiple disciplines. Instead, he hits the gym for an hour every day and trains cardio and weights for about an hour.

Shaq introduced his trainer and spoke candidly about various aspects of his training rather than getting into the specifics of his workouts.

Shaq’s favorite part of the workout

When asked about his favorite part of the workout, Shaquille O’Neal stated that getting a good pump, especially in the biceps makes him feel amazing. In a recent interview, Shaq had expressed his desire of getting in the best shape of his life to post a shirtless picture on social media. That goal is still the biggest source of motivation to the 49-year-old as he said:

Least favorite part of the workout

One of the most accomplished basketball players of all time, Shaquille O’Neal is no longer able to run due to knee and joint issues. While speaking about the least favorite part of his workout, Shaq stated:

“Least favorite part about working out is, if I want to run on the treadmill, I can’t run anymore. It’s sad. I used to be the greatest athlete ever and now I have to walk on the treadmill!”

However, Shaq is planning to take baby steps towards fixing the problem and start jogging in the time to come.

The most challenging part of staying fit

Lack of motivation and procrastination is something that we all have struggled with at some point in time. It wouldn’t be an overstatement to say that procrastination is probably the biggest hurdle in most of our lives. The former Miami Heat star is not an exception.

“The most challenging part about staying fit is – sometimes when you work as hard as I do, it gives you time to procrastinate and say I’ll do it tomorrow,” Shaq said.

When it comes to fitness goals, Shaquille O’Neal has kept things incredibly simple. While speaking to Men’s Journal about his recent body transformation, Shaq had mentioned that an Instagram post showing a 70-year-old man with a perfectly ripped physique set him on the path to getting back in shape. Shaq plans to post a shirtless picture on Instagram when he turns 50 in March and getting a flat belly with impeccable abs is the primary fitness goal as of now.

“Fitness goal is just to have a flat belly. Right now I’ve got a 4.9-pack. I’ll probably bring it up to an eight-pack by March,” Shaq stated.

At the end of the interview, Shaq gave a piece of advice to young athletes and reiterated his fitness goal.

“I would tell (the young athletes) to eat healthy as possible. If not, it can cost you in the long run, you know. You don’t want to be looked at as one of those athletes who used to be great. So, my goal is (at 50) to take my shirt off one time, show the ladies how fine I am and then put it back on,” Shaq stated.

Dan Solomon is working to get Hadi Choopan to compete at the 2020 Mr. Olympia. Moreover, he and Shaq recently...

Shaquille O'Neil has made it clear that he has a passion for bodybuilding. This passion is paying off, as he...

The world of fitness and strength sports can be a bit of a crazy, and quickly moving environment. This week...