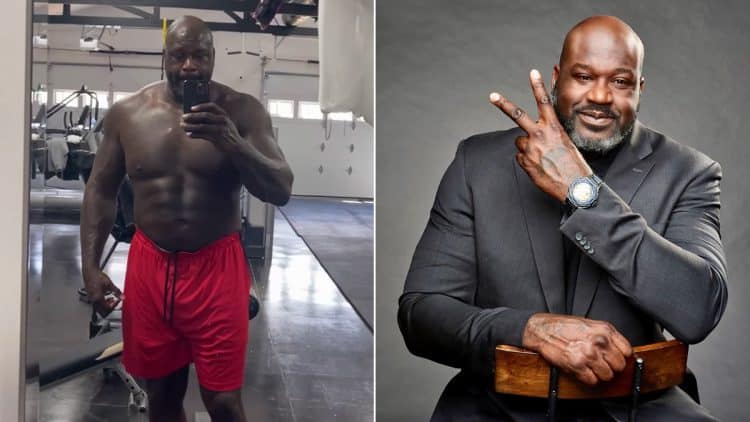 Former NBA superstar Shaquille O’Neal is widely considered to be one of the greatest basketball players ever. The four-time league champion often makes headlines for his gigantic physique while posing with other celebrities. Those who don’t notice Shaquille O’Neal’s fitness commitments these last few months are in for a rude awakening, as the basketball icon is looking better than ever. In a recent post made on Instagram, Shaquille shared a physique update showing off his ripped abs.

Shaq dominated the basketball court during his competition days, making the NBA All-Star team 15 times and winning the Most Valuable Player in 2000. After deciding to step away from professional competition 2011, O’Neal found many new hobbies and passions, one of which is bodybuilding. He collaborates with numerous bodybuilders for training sessions at the gym and shares workout clips with his 26.8 million followers on the social media platform.

His love for bodybuilding paid off when O’Neal was named as an honorary ambassador for the 2020 Mr. Olympia. However, the honor was mutual, since Shaq as one of the most popular athletes in the country helped the event reach an even bigger audience.

Shaq was in attendance for the Arnold Classic 2021 in Columbus Ohio, where he got to meet the iconic seven-time Mr. Olympia, Arnold Schwarzenegger. Schwarzenegger was also delighted to be in the presence of Shaq, which resulted in him posting a photo standing next to the seven-foot and one-inch tall giant. This mainly showcased the comical height difference between them. Their photo drew a funny reaction from Schwarzenegger’s sons, Joseph Baena and Patrick, who picked up on the humorous take.

In a recent post made on Instagram, Shaquille O’Neal shared a physique update, showing off his insane abs at the age of 50. With this, Shaq revealed an incredible body transformation, since everyone was used to seeing him at a higher body fat percentage.

Like most people in the world, Shaq suffered a tough 2020 during the pandemic. He lost his motivation to maintain his personal fitness and started to overeat to cope with a personal loss. The 50-year-old got inspired to turn things around after watching an energizing video of a 70-year-old jacked man.

This reignited his fitness desire and we already know from his younger days that Shaquille O’Neal has no trouble achieving his goals. Shaq had a primary fitness objective of achieving a flat stomach and impeccable abs on his 50th birthday in March, which he obviously accomplished.

Shaq reported that he lost 25-30 pounds in the months that followed. If his recent update is any indication, it is evident that Shaq is back to his best form and has transformed his physique.

Retired professional Basketball player Shaquille O’Neal AKA Shaq overcame a series of personal losses, lack of motivation, and an unhealthy...