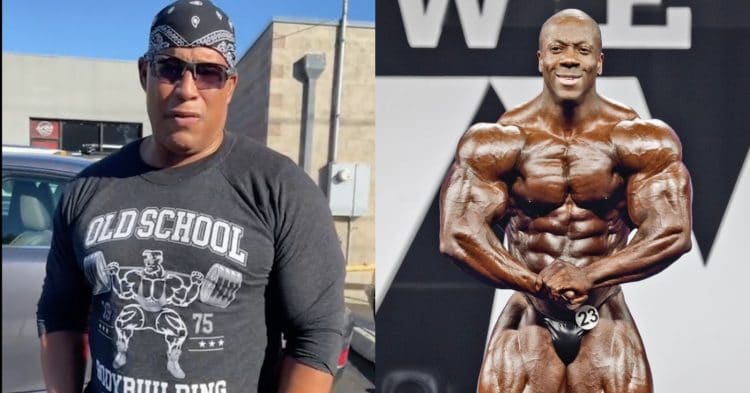 Retired IFBB Pro League bodybuilder Shawn Ray has been under a lot of fire recently, due to his comments about the recent passing of Olympia winner Shawn Rhoden. Now he responds, and clarifies his remarks.

Shortly after news broke about the passing of 46 year old Rhoden, Ray did an interview where he made some comments that members of the community did not appreciate. The subsequent backlash from people, in particular Guy Cisternino, led to the interview being removed, due to the frustrations of people who feel that the comments were insensitive and untrue.

Now Shawn Ray has decided to respond to the backlash, and explain what he was intending to say during the interview. Speaking in a video that he posted to his Instagram, he said that there were a lot of things said during that interview that were taken out of context, or misunderstood, and that he was more frustrated with the amount of deaths in the sport lately.

“It seems like in that conversation I might have been a little bit tone-deaf about what we were talking about. I jumped on there a little frustrated, a little upset about the fact that this year we’re having so many bodybuilders pass away. Listening to the interview, it sounded a little bit tone-deaf in terms of sensitivity. Too many athletes are passing away. I’m just pissed off, I’m upset,” Ray said.

“Shawn (Rhoden) was not an enemy of mine. We came up together. I watched him when he won his pro card at the North American Championships, helped him secure his first sponsorship in bodybuilding. I was one of the guys that, at prejudging, when he won the Mr. Olympia, had him beating Phil Heath, while the entire nation of the Phil Heath coming for me, because I had Shawn Rhoden winning after the prejudging. Fortunately, Shawn did win, rightfully so.”

One of the major things that was looked at negatively, in regards to the interview that Shawn Ray did, was the fact that he said that Shawn Rhoden had a history of drug abuse. People who knew Flexatron said that this was an outright false thing to be said.

Ray explained that he misspoke when it came to this aspect of the conversation. Instead, he intended to say that it was steroids that Rhoden had a history of using, which could have possibly led to his untimely passing.

“In his passing, and talking with Dave (Palumbo) about him being 5’9, 290lb, and about the drugs in bodybuilding, I misspoke. Listen, Shawn never ever intimated to me that he had any type of recreational drug issue or drug habit. We were not talking about recreational drugs whatsoever,” Ray said.

At the end of the day, whether he meant it or not, Shawn Ray did misspeak about Shawn Rhoden. This is something he is apologetic for, as he reiterated that this was not his intentions.

He says that there is never a right time to talk about someone’s death, and that by speculating about Rhoden’s death, something he says countless others were doing, he may have crossed the line. However he states that his only intention was to look out for the athletes, and try to prevent future deaths like this.

“People are not always going to like what I have to say, but everybody with an opinion on social media has popped up and expressed either their condolences or their ignorance about what a bodybuilder should or shouldn’t do when they pass… Was it too soon? Yeah, it might have been too soon to be speculating, but that’s all we can do as analysts and media people. I’ve seen hundreds of YouTube videos of people who weren’t there, talking about the possibilities of how Shawn Rhoden passed,” Ray said.

“I sympathize with everybody’s feelings. I was hurting. I knew Shawn. We weren’t close, but in this bodybuilding fraternity, we all wonder could that be me? What would happen if I’m next? So in these cautionary tales of bodybuilders who don’t the warning pass away, it hurts. We don’t want to predict anybody’s death, and I don’t wish death upon everybody. Shawn’s legacy is not tarnished by the fact that people are guessing how he passed or why he passed. The fact of the matter is, he’s gone and we all are feeling the pain.”

While there has been some pushback about the response from Shawn Ray amidst this controversy, it does say something about his character to make this video. At the end of the day, we can all agree that the death of Shawn Rhoden was a tragedy.