Shelby Rodriguez was apparently kicked out of a gym due to the outfit she was wearing, claiming she was fat shamed 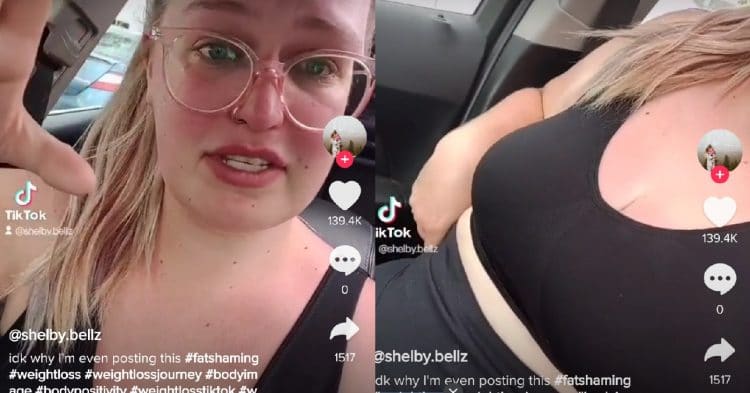 26-year old mom and TikTokker Shelby Rodriguez was looking to continue her weight loss journey when she headed to the gym recently. However what started as a normal workout, ended with her being kicked out of the gym and left sobbing in her car.

Rodriguez was expecting to have just a normal day at the gym, as she continued on the weight loss journey that she set out on, which she was tracking through videos on TikTok. However this was far from what ended up happening in the end.

Posting a video to the platform along with the hashtags #fatshaming and #bodyimage, Shelby explained that she went into the gym, and was told that wearing a sports bra like she was, went against the gym’s dress code, but that they would let her exercise for that day. However shortly after she began her workout, she was approached by the facility’s event coordinator, who kicked her out of the gym, leaving her to sob in her car.

“So I just went to the gym and the lady at the front desk said that they have a policy, you’re not allowed to wear sports bras to the gym, that you can’t be showing your belly. She said ‘It’s fine for this time, but just so you know for next time,'” Rodriguez explained, before showing the outfit she was wearing.

“So I was like okay that’s fine, and I went to do my workout. I’m 15 minutes in on the treadmill and the program coordinator for the gym came up to me and asked me to leave… I’m so embarrassed,” she added while sobbing.


This video sent the internet abuzz, with commenters supporting Shelby Rodriguez, noting that her outfit hardly showed any skin. On the other hand, there were others who said that she was not being fat shamed like she was claiming, noting that it was a policy that a lot of gyms have.

Shelby made another video, following up on some of these comments and explaining how hard it is for her to get the motivation to ignore her own self image issues and go to the gym. She also noted that it would not have been a problem for her to be turned away at the door, but for her to be told it was okay, only to be kicked out a short time later is what made her feel embarrassed.

“So there’s two things that are problematic in how this interaction went down, and neither of them have to do with their policy on the dress code. The dress code is what it is, I can’t change that, whatever,” Rodriguez said.

“Problem one, is how the lady at the front desk spoke to me. First of all, I said ‘Oh, we’re not allowed to wear a sports bra?’ and she said ‘Well we can’t just have our bellies hanging out can we?’ in a condescending tone, which is not okay.


What do you think of this situation? Should Shelby Rodriguez have been kicked out of the gym for what she was wearing, or was the gym in the right?

Gyms and fitness centers have become a breeding ground for hostile situations following the inception of TikTok, a streaming platform...