Nick Walker shows some incredible growth between the New York Pro, and being 4 weeks out from the Arnold Classic 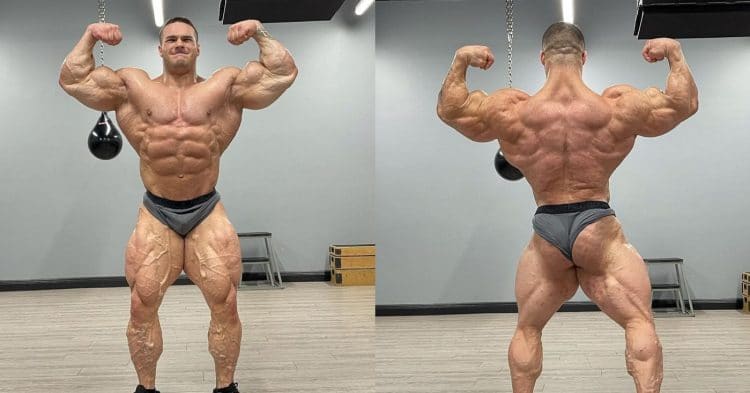 Nick Walker looked insane to win the 2021 New York Pro earlier this year. However he showed 4 weeks out from the Arnold Classic, that he is looking even better heading into this massive contest.

As much as this lineup for the 2021 Arnold Classic is stacked up, Walker is undeniably one of the biggest favorites to perform well. This is just a testament to how hard he is working, and how massive of a prospect he is, even winning the New York Pro earlier this year.

The Arnold is coming up just a few weeks before this year’s Olympia, which is what makes it such a big show. However Nick showed that with a post to his Instagram, that he is in a lot better shape now, four weeks out from the Arnold Classic, than he was when he was four weeks out from his winning performance at the New York Pro.

Changes have been made,” Walker wrote.

This is quite the transformation to see, especially since it has only been about three and a half months since Nick won the New York Pro. He looks to have added a ton of mass to his arms, shoulders, and back.

Of course, there is always the element of it being an Instagram photo, taken in his choice of lighting and the best angles that he could have used. That said, Nick Walker has essentially the same stance and posing between the two shots, so the comparisons are still valid.

It is not just his back that he has been showing off either. The recent photo of his back was taken from a group of posing pictures taken a few days earlier, where he is seen hitting the rounds and showing his physique off from all different angles.

When it comes down to it, Nick Walker is going to have to make it through a murderer’s row of bodybuilders to win both the Arnold Classic or the Mr. Olympia. However he has a ton of potential to do just that, especially if he has made the improvements that it seems he has made.

The new generation of bodybuilders is working their way up the ranks, and it seems that Nick is leading the pack. It is going to be exciting to see him making both his Arnold Classic and Mr. Olympia debuts in the coming months.