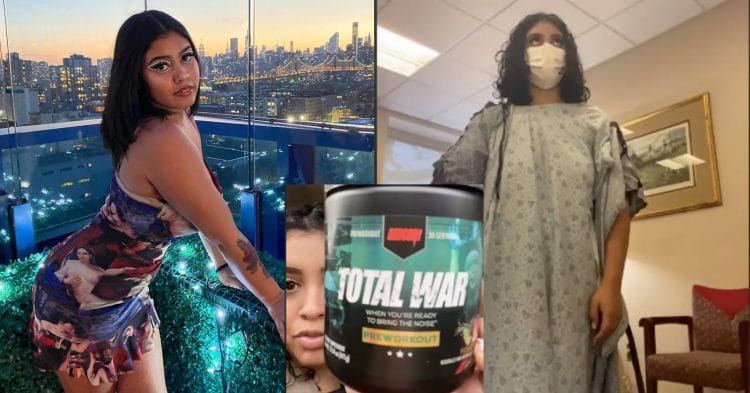 There has been a concerning trend going around the fitness side of TikTok. Another poor young user of the platform was left hospitalized after trying this dangerous attempt to gain views.

TikTok has brought on some pretty ridiculous trends over the years, and the latest of these is coming from the fitness side of the social media platform. In particular, it revolves around the dangerous practice of dry-scooping preworkout.

Dry-scooping is a popular technique in some fitness circles, where instead of mixing supplements into water, they directly ingest the powder. It is believed that this gives a concentrated dose of the supplementation, which hits the user at a faster rate than if it were mixed in water.

The trend of TikTok users dry-scooping has led to some dangerous circumstances for those who try. We recently discussed one such teenager, who was sent to the hospital with pretty severe health concerns after he took several scoops of preworkout.

Apparently this news did not get back to Briatney Portillo, a 20-year old user of the platform. She uploaded a series of videos to her page, where she downed Redcon 1’s Total War preworkout, and it ultimately resulted in her having a heart attack.

As she shared in a video, after the incident, the TikToker dry-scooped the preworkout, and immediately felt pain in her chest. Initially she thought it was an anxiety attack, but when the pain spread and the left side of her body went numb, she knew that there was something far worse going on.

“My symptoms were heavy chest and chest pains, but I ignored it and continued to do my workout because I’m not a beta… then I had nausea and fatigue and went home and took a shower.

“When I went to work, I was in the locker room… and I got chest pains again, and it went to my back, and then my left side started hurting and my left side went limp. That’s when I knew it was a heart attack and not anxiety,” she said on TikTok.

This is just the latest example of how dangerous this excess use of preworkout can be. It is not exactly clear how much she took, but it had to be enough that the massive and concentrated amounts of caffeine lead to her having a heart attack.

Hopefully this will be the last TikToker to try this dangerous trend. It does not ever seem to end well for those who try it.

Your fitness results depend on how hard you push yourself in the gym. The more muscle fibers you engage, the...