Here’s everything you need to know about the snatch. 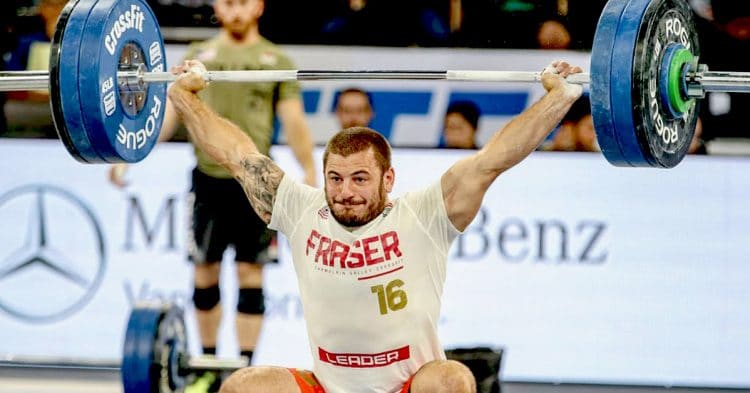 The snatch is an effective movement commonly performed in Olympic Olympic style training and competition. You need full-body coordination, stabilization, mobility, strength, explosiveness, and perfect technique to master this lift.

And if you can get the movement down, you’ll not only master a unique exercise but the snatch works many muscles, in addition to there being plenty of athletic and functional carryover.

So, here’s a guide where we’ll explain the important details of this incredible movement and by the end, you should be able to incorporate it into your training or improve upon your current snatch training…

The snatch is one of two Olympic lifts along with the clean and jerk. But it’s not the typical exercise you’d see in most gyms. However, even if you’ve never seen it done in person, you’d quickly recognize the distinct movement which involves pulling a barbell off the ground and overhead into a squat position before standing completely straight up.

Since the snatch is a full-body movement, most muscles are involved from getting the bar off the ground and over your head.

To be able to complete the snatch from the floor to overhead, well… it all starts with the setup.

You want to be close to the bar with a hip-width stance. Grip the bar relatively wide about halfway between your shins and the plates (or a little wider) with arms fully extended. Keep your chest up and shoulder blades retracted.

Your shoulders and knees should be positioned over the bar (very important for the pull) but your upper legs should be about parallel to the floor. Keep your weight distributed over your midfoot to prevent leaning forward or back and to be able to drive upward effectively.

Successfully executing this portion of the movement is crucial because you’ll need to generate enough power up through the kinetic chain while utilizing all necessary muscles and proper body mechanics.

The first part of the snatch is similar to a deadlift but using a wider grip and having a slightly different body position. You don’t want to pull the bar into your body but in a straight line.

As you pull the bar upward and extend the hips, you’ll have to move your knees backward to allow the bar to move in the intended path but it’s important to rebend your knees slightly to generate power for the transition.

When the bar reaches your hip crease, it’s time to launch it upward by thrusting your hips into full extension while simultaneously performing the second pull.

Your hips and knees should reach full extension as your feet leave the ground and you’ll shrug your shoulders to help pull the bar overhead.

The second pull occurs during the transition when the bar is launched upward. The elbows should move upward close to the body and back during the pull while your feet should be entirely off the ground during the high pull. You’ll need to have some explosive power in this phase in order to pull yourself under the bar efficiently.

This is the part where you turn the movement over into the overhead position which requires your arms to be completely extended and elbows high so that the bar is positioned as high as possible. As the bar extends overhead, your feet should plant firmly on the ground so that you can effectively squat down immediately and pull yourself under the bar to get into a squat position for the catch.

Your shoulders should be retracted with your arms back and pretend to pull the bar apart as you transition into the catch.

The catch is the final position in the bottom of a squat and bar overhead. Shoulders should be slightly externally rotated and wrists back and straight.

The recovery is the last part of the snatch where you stand up completely (overhead squat). The bar should remain over the feet and some people even use a bounce from the catch to stand straight up.

Here are some basics of the snatch progression which will allow you to perform one step at a time before attempting the full snatch.

Before you can do a snatch you must be able to perform a squat. Now sometimes ankle and hip mobility can be an issue during the squat but this is something you’ll have to address before attempting the snatch.

Once you have the squat down, you can then start to practice the snatch with just the bar. Refer to the setup for the starting position basics.

The next step you can do for a progression is to practice driving your midfoot and heels through the ground while moving your knees back and keeping your shoulders over the bar. Just practice pulling the bar to your hip crease until you think you’re ready to move on.

Now you can be a little more explosive for the transition and second pull phase. For this part of the progression, you’ll perform the first pull but then you’ll thrust your hips up and perform the high pull. Your elbows should come up high and outside.

The power snatch is essentially a high pull with a catch and a very shallow squat with not much bend in the knees (see variations for an example).

You can now try to do a deep squat in addition to the previous progressions. So, perform the snatch and try your best to slowly lower into the bottom of the squat position as soon as the bar reaches overhead. Then, drive yourself upward through your heels and midfoot.

And that’s it. Practice the progression as many times as needed before you attempt the snatch.

The snatch should not involve an overhead press. Each step from the floor to the hip thrust and pull should launch the bar overhead. And this is why it’s especially important to have a good setup and proper technique throughout the entire lift.

But sometimes a lack of shoulder mobility can result in forcing the weight overhead without proper technique and this is a bad idea as it can put a lot of pressure on your lower back.

So, this is something you’ll have to work on in your spare time. But we’d also recommend lightening up the weight if this is the case.

Another tip is to pretend you’re pulling the bar apart which will create better shoulder stability to handle the weight overhead. Not keeping your shoulder blades back will cause your shoulders to roll forward which is not good for the joint or for the movement.

2. Not keeping the bar close Enough

You will not be able to efficiently perform the snatch if the bar is not close to your body during the pull upward. Although, you shouldn’t pull the bar into your body like the deadlift. But remember to lift your elbows straight up and back to prevent the bar from moving too far away from your body which would make it very difficult for you to complete the lift.

Another common mistake is landing with your feet too wide as foot position is crucial for effectively executing the catch in a low position. Too wide and you’ll have trouble getting below the bar and finishing off the movement.

So, your feet should be about slightly wider than hip-width.

The following snatch variations will help you to improve certain points in the snatch to better perform the movement. We’ve only listed a few but there are many different variations.

The power snatch is very similar to the basic snatch except you have to catch the bar with your legs above parallel and your squat is shallow.

The hang snatch involves performing the snatch from an upright position rather than from the floor so that you perform the movement from the power position.

This variation starts from the floor and ends in the overhead position but there’s no second bend in the knees. Keep your elbows nice and high to efficiently lift the bar overhead.

As you probably guessed, this variation will be in slow motion but it’s very beneficial for teaching the lifter to always maintain perfect technique. You start out slow until the bar reaches the hips, then you’ll explode as usual.

There’s no momentum used in the tall snatch. You’re simply improving your ability to pull yourself under the bar quickly which is an important aspect of the full snatch.

What is the snatch lift?

The snatch is one of two Olympic lifts that involves pulling the barbell from the ground to overhead of which you’ll end up in the bottom of a squat position before standing up while the weight remains held overhead.

What are the benefits of the snatch?

The snatch is a very useful lift that builds strength, muscle size, explosiveness, and full-body coordination.

What muscles does the snatch work?

The snatch works several muscles as it requires full-body involvement. The muscle worked include…

Is the snatch hard to do?

As with any full-body, explosive lift that requires coordination, the snatch takes time to perfect. It’s best to practice with only a barbell to get the technique down before adding weight which makes the movement more challenging.

The snatch is a bit off-kilter from the lifts you may be used to doing but it’s unique in that you have to be proficient in many aspects of certain body mechanics to do it successfully.

Practice with just a bar if you’re completely new to exploring the snatch and utilize the listed variations to help you improve the lift in its entirety.