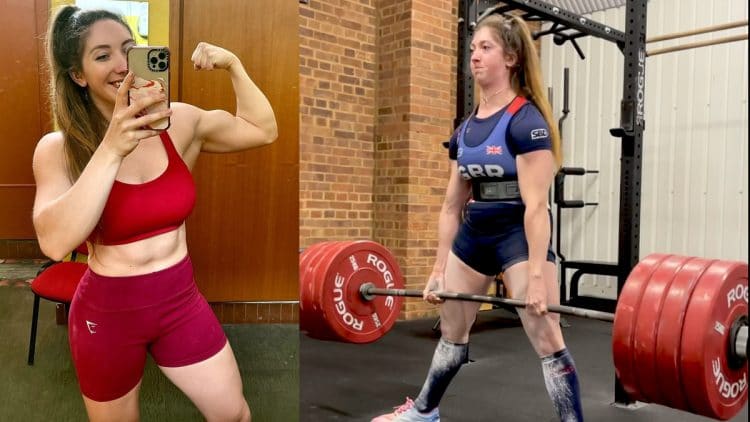 Sophia Ellis hit the spotlight earlier this year at the 2022 British National Championships, having put up the most dominating performance in that contest. That victory secured her a place in the 2022 IPF World Classic Powerlifting Championships, which took place two weeks ago.

Despite not performing as expected at the IPF World’s, Sophia managed to claim a new deadlift two rep PR in the buildup to it. However, she posted the video of her deadlifting 227.5 kilograms (501.6 pounds) for two repetitions on June 29, 2022.

Sophia Ellis only used a lifting belt, so her new PR is raw by powerlifting regulations. Her style of deadlifting also utilized a sumo stance and a mixed grip. Another impressive factor of Sophia’s new PR is that she was injured at the time, but she pushed through the pain and benefited from it. These injuries also ultimately prevented her from putting up her best at the 2022 IPF World’s.

“Managed to hit this pb deadlift whilst still nursing a knee and back injury going into the World Championships, so it meant a lot. (I think you can tell by my reaction 😆🕺) We were managing it as much as we could but I was at a point where I just had to push through the pain to get myself through the peak and onto the world stage.

Looking back, I don’t ever want to be in that position again but it really did test me mentally as an athlete. Only upwards from here ☝.”

Sophia Ellis has taken part in 25 sanctioned powerlifting competitions, of which she won 12. She also claimed multiple national records, but her greatest success is scoring the heaviest women’s deadlift in British Powerlifting history of 237.5 kilograms (523.6 pounds).

Sophia Ellis also overcame a severe eating disorder and is now trying to help inspire anyone encountering the same difficulties. After recovering from this disorder, Sophia took up powerlifting and became one of the greatest women to do it in Britain.

It is very unfortunate that Sophia Ellis’ injuries prevented her from getting a real chance to claim a podium finish at the IPF World’s. However, her training footage proves that she has the capacity to do even better once fully recovered. When that time comes, Sophia will undoubtedly surprise everyone.