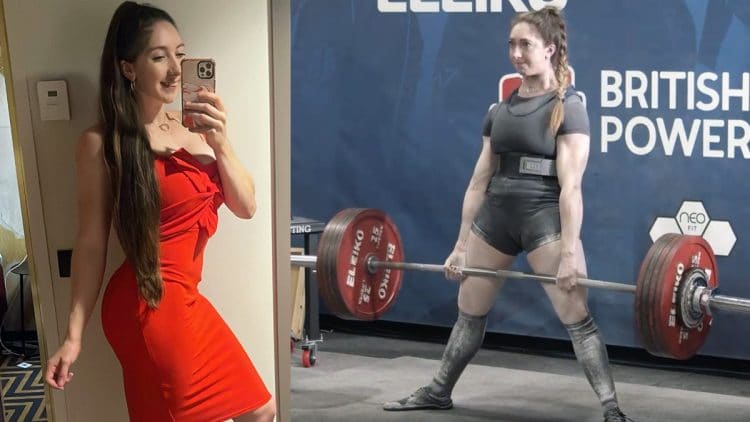 Powerlifter Sophia Ellis had her career-best performance at the 2022 BP (British Powerlifting) British Classic Women’s Championships, which took place on March 19th, 2022, in Lochgelly, Scotland. She won the raw 76 kg weight class and secured herself an invitation for the 2022 IPF World Classic Powerlifting Championships, scheduled to go down on June 6-12, 2022, in Sun City, South Africa.

Sophia Ellis also claimed a plethora of British national raw records in the competition. Her 237.5 kg (523.6 lbs) deadlift is also the women’s heaviest pull in British Powerlifting history across all weight classes. It is fair to say that Sophia was satisfied with the overall outcome of the competition.

You can watch the record-breaking deadlift here:

“So many emotions after this lift. Still can’t quite believe how fast this deadlift moved, just remember thinking ‘shit it’s moving… better hold on to it!’😂

Still on cloud 9 and super excited knowing I still have a few more Kgs in the tank! Back to work building a beastly total.”

Heading into the 2022 BP British Classic Women’s Championships, Sophia Ellis weighed in at 73.7 kg (162.4 lbs). She was also successful in all 9 of her attempts and claimed new competition PRs in every event.

You can watch a montage of Sophia’s all three lifts here:

Having suffered from a severe eating disorder, Sophia Ellis found weight training to be very helpful. Gradually she got better and decided to start doing powerlifting professionally. Sophia Ellis started competing in 2018 and took part in 24 sanctioned competitions since then. She has won 12 competitions, but had some solid placements in very prestigious competitions. Sophia is a multiple-time British, England, and Commonwealth champion, as well as a record holder. Furthermore, she placed second in the 2021 EPF European Classic Powerlifting Championships.

Judging by her recent performance, Sophia Ellis is a serious contender for a podium finish in the 2022 IPF World Championships. Her recent deadlift is also just 10 kg (22 lbs) lighter than the World Record, so that could also be a realistic goal for Sophia.