Social media phenom Kirill Tereshin is taking Synthol injections to the next level and underwent an operation to look more like an 'alien': “I‘m an ideally handsome male" 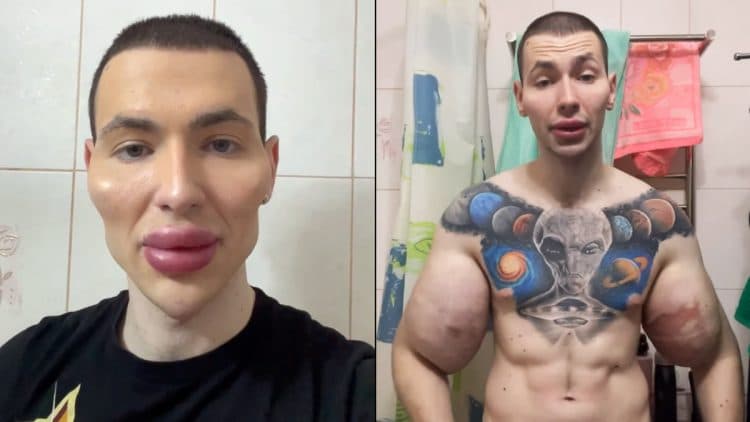 “The Synthol Kid” Kirill Tereshin, well known as “Russian Popeye” is turning heads once again but not because of his inflated arms filled with petroleum jelly. In a recent update to social media, Tereshin showed off his new ‘alien’ look after undergoing a facial transformation.

Despite the health risks associated with some of these procedures, Tereshin is determined to achieve a look no one has seen before. Over the past few years, the Russian native has received notoriety due to his willingness to build up his artificial arms with petroleum jelly and Synthol — a popular site enhancement oil that is also used by bodybuilders albeit in a much safer and controlled manner to increase size/volume of a given muscle. 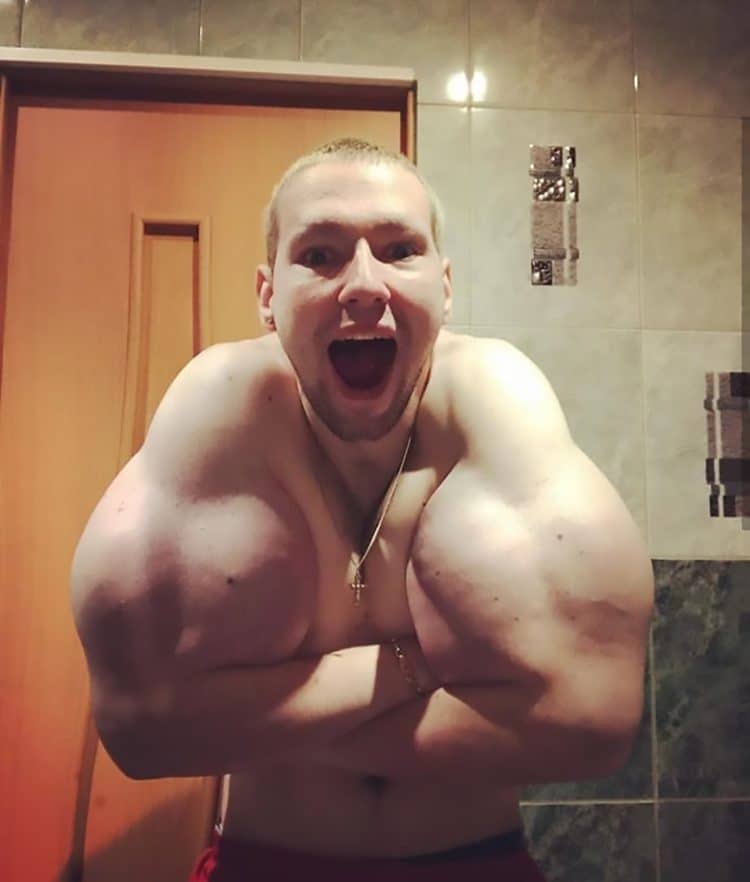 Tereshin continued to inject into his biceps and informed his fans a few years ago that he feared dying as a consequence of abusing site enhancement oils, like Synthol. Eventually, doctors informed him that his arms were at risk of exploding, prompting the social media star to get surgery to remove the dead tissue. The ‘health scare’ hasn’t deterred Tereshin in the slightest. In fact, he seems keen on exploring different methods and techniques. One of the latest is injecting substances into his cheekbones to resemble the look of an ‘alien’.

In a recent post made to Instagram, ‘Russian Popeye’ gave fans a taste of his alien makeover.

“I‘m an ideally handsome male,” Tereshin told his Instagram followers. “All stands out clearly: lips, chin, cheekbones, forehead, nose is even, lower jaw. I want to make an alien face. I have believed in aliens since I saw UFOs as a teenager. I know that they exist and that they are the most powerful race in the entire world. I feel like I‘m going to them.”

Tereshin maintains that he’s been a fan of aliens since his teenage years, where he admitted to seeing a number of UFO sightings. He wrote that aliens are the ‘most powerful race in the world’ and plans to replicate their facial structure to the best of his ability.

Surgeon Dmitry Melnikov has warned Tereshin that what he is doing can result in bodily harm.

“The risk of complications in this case is very high. Melnikov added. “But inaction will not help the patient. A toxic substance in the body long term can complicate the kidneys and lead to death.”

After being catapulted into the mainstream media due to his freaky appearance, Tereshin decided to test the waters in a mixed martial arts fight. He brought his massive biceps into the cage, but he wasn’t able to use them as effective weapons. He ultimately lost the fight despite having some success in the striking department, though later succumbed to a shoulder lock submission.

This wasn’t the first time ‘Russian Popeye’ made headlines for his fighting prowess. Before venturing into MMA, Tereshin was knocked unconscious against Russian slap fighting champion Vasilii Kamotskii.

It remains unclear what Tereshin’s end goal is here, but he continues to push the realms of sanity by transforming his body and face. While doctors have indicated that prolonged use of such compounds can prove to be fatal, it doesn’t appear Tereshin will be slowing down any time soon.