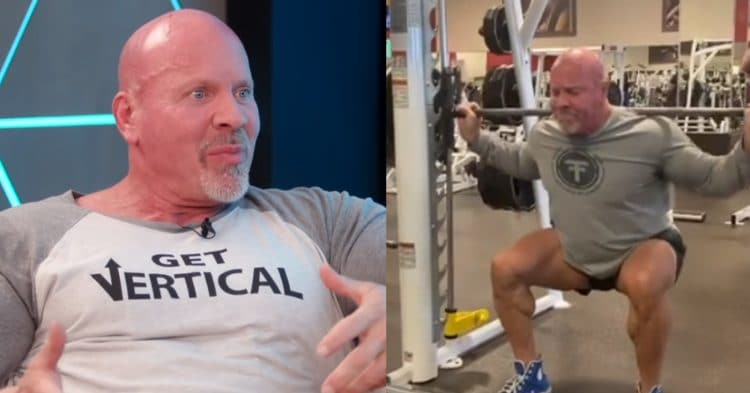 Efferding has formed a nutritional framework called ‘The Vertical Diet’ that is designed as a ‘simple, sensible and sustainable’ solution for people with high caloric requirements. The concept is well-explained in the 2021 book ‘The Vertical Diet’, co-authored by Stan Efferding and Damon McCune. During his recent interview with Tom Bilyeu, Stan Efferding spoke candidly about various aspects of overall fitness and offered evidence-based insights on diet and nutrition.

“You can go up as high as 1.2gm (per pound of body weight) and still see… Although it kind of gradually tapers off… an improvement in lean mass accretion is what most of the research has shown us,” Stan Efferding added. 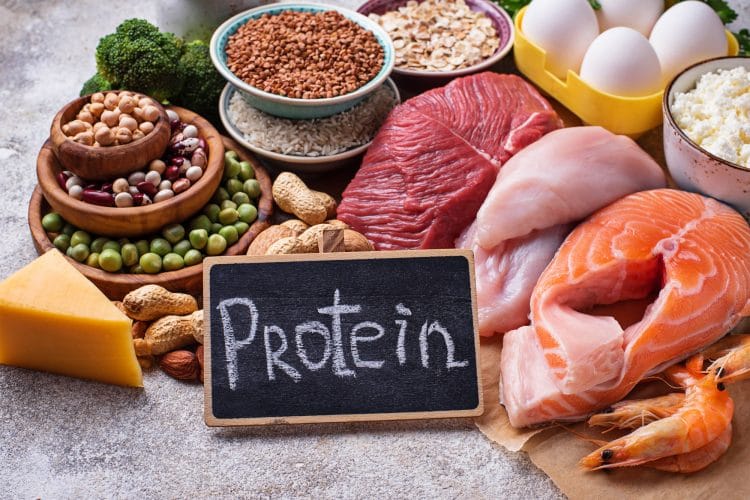 “The more protein you want to eat, eat all you want. Eat all the chicken breast and top sirloin steak and lean meats that you want if you’re hungry. If you’re hungry, are you hungry, or are you bored, or are you stressed? Because if you have to sit down and eat 40gms of protein, are you still hungry?”

“It has a high thermic effect of food, it has a high satiety effect and so, we push protein first for weight loss for those very reasons. It’s a strategy that we utilize to help people with hunger and also, very beneficial for blood sugar,” Stan Efferding added.

As a basic thumb rule, Stan Efferding advised taking at least 30 percent of the daily caloric intake in the form of protein to control blood sugar levels.

“Eat the protein first in the meal. It has an ameliorating effect on post-prandial glycemia which is the elevation of blood sugar after a meal,” Stan Efferding added.

Volume and load for strength training

Increasing the size of muscle tissues in response to various stimuli like exercise is called hypertrophy or in layman’s terms, muscle gain. Stan Efferding stated that a person needs to be in a sufficient caloric surplus with adequate protein intake to bring about hypertrophy and gave insights on the training methods based on the evidence-based hypertrophy guidelines.

“You want to train every body part twice a week, you want to get about 10 to 20 sets per body part per week. That’s kind of a minimum effective volume and a maximal recovery volume.”

Stimulus to fatigue ratio – the key to maximum gains

Stan Efferding further argued that one needs to maintain the stimulus to fatigue ratio to achieve gains. According to him, taking each set to failure will give some extra stimulus. However, it will add a lot more fatigue and eventually delay the recovery and bring down the volume.

“Volume is a superior driver than fatigue than muscle damage.”

Efferding advised doing most of the workout in the sets of eight to twelve rep ranges to maximize the results. This allows the individual to get more volume and recover faster than taking each set to failure.

“And then throw in a heavy set of five once a week. Throw in an am rep (as many reps as possible) at the end of your workout with a set of twenty if you’d like,” Stan Efferding concluded.

“For busy individuals that like to move a little faster, get a bit of cardiovascular benefit from the workout, I start combining antagonistic body parts. I’ll do back and chest workouts together. I’ll have them do a dip, rest one minute, do a chin-up, rest one minute and go back and do the dip.”

Clubbing the antagonistic muscle workout ensures a minimum two-minute rest between exercises of the same muscle. Stan Efferding added that one should target to get the same or a close number of reps for every set. According to him, it indicates that muscles have recovered to the point where you can stress them again.

Efferding argues that maintaining this pattern helps a person to stay within the sufficient loading limit to get hypertrophy.

Slow reps or fast reps – which one is better?

Performing the negative phase of the rep with a slow speed increases the amount of time the muscle is under tension. This helps with hypertrophy and helps grow muscles faster. Stan Efferding stated that controlled, not slow reps will add benefit and said:

Efferding further added that research has shown that two to five seconds is the ideal time to get maximum benefits. Moreover, anything outside of that range will not have any added benefit.

Stan Efferding continued on to one of the debated topics when it comes to working out. Many gym-goers put a lot of emphasis on the workout splits. However, Efferding said that one should not stress over workout splits. He further stated that it is a game of providing stimulus to the body.

“If the stimulus doesn’t increase over time, the body has no incentive to continue to adapt and get stronger and bigger.”

“The vertical diet was intended to be more inclusive of what historically I had seen as over-restrictive.”

Stan Efferding observed that most dietitians prescribe a similar diet plan like egg whites, chicken, and broccoli. Efferding has nothing against these foods and considers them good for health. However, he argued that they are pale compared to a holistic diet that includes fruits, dairy, red meats, and other foods.

“Those are the things that your body needs,” Stan Efferding continued.

Courtesy of Tom Bilyeu’s YouTube channel, you can watch the full video here: