Actor, Dwayne Johnson talks about his philosophy in training that has led to success. 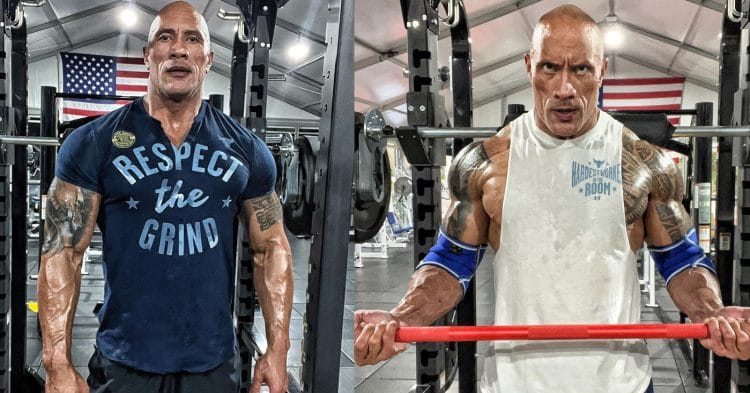 Dwayne “The Rock” Johnson has a larger-than-life persona. The famous actor and fitness enthusiast took to Instagram and shared a training philosophy that emphasizes how small changes in how you approach daily activities contribute to success in the gym and in life.

Johnson lit the world on fire during his time as a professional wrestler. “The Rock” wrestled with the WWE for 8-years until he parlayed that into Hollywood and the world of fitness. The charismatic wrestler-turned-actor brought his interesting personality to life on the big screen.

Little did the world know what a powerful force “The Rock” would be in the film industry. Johnson has landed several major movie roles and is widely known for his work as Luke Hobbs in the Fast & Furious films, beginning with Fast Five. In addition, Johnson also caught lightning in a bottle when he starred in two sci-fi thriller films, entitled, San Andreas (2015) and Rampage (2018).

However, as of late, the famous actor has garnered mass attention due to his unyielding success in the fitness field. “The Rock” is known for being the hardest worker in the room and values that type of mentality whenever he is training in the gym.

The Rock Explains His Method Of Thinking When Approaching Challenges

Johnson believes a major shift in his way of thinking was triggered after he stopped believing in terms of “I have to do this” and changed his outlook to: “I get to do this”. While it seems simple at face value, the famous actor took to Instagram and doled out a philosophy lesson to help anyone achieve success in terms of fitness or in life.

I’ll share a little philosophy with you guys that’s helped me achieve some success over the years.

When it comes to hard work and things I’m passionate about – years ago, I stopped saying “I have to” and started saying “I get to”.

I “get to” train hard and push myself to the breaking point.
I “get to” get my ass kicked and come back stronger.
I “get to” be the hardest worker in the fucking room.

Because when you “get to” do the things you love – it’s a privilege.

Try switching “have to” to “get to” and start to feel that grind, gratitude & growth.

I’ll see you there.” The Rock shared.

Known for his ‘rise and grind’ attitude, “The Rock” believes this psychological shift helped him break through barriers that were inhibiting gratitude and growth. As one of the hardest-working men in the film and fitness industry, Johnson always likes to challenge himself and his physical limitations.

Recently, Dwayne Johnson shared an insane workout that showed the superstar plowing through weighted walking lunges. Within the video, “The Rock” is seen wearing 120-pound chains around his neck and admits the training routine called “The Walk Of Hell” truly challenged him physically and mentally.

Above all, Dwayne Johnson believes changing the perception around an activity or exercise can help anyone conquer it. The Rock has found an effective strategy for coping with daily challenges by changing his respective outlook on life.