Life and Accomplishments of Suzy Cortez 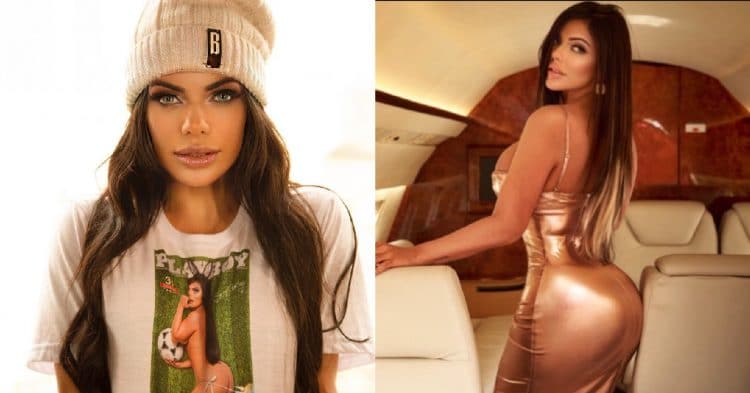 Suzy Cortez is a fitness model, TV host, and the winner of the Miss BumBum contest. She has been able to grow to fame on her social media, which has led her to success in the modeling world. This is her background and life story.

Born in Campinas, a small town just outside Sao Paulo, Brazil, Suzy Cortez was always an athletic youth. She found joy in running, spending most of her childhood doing so. As a result, she be a fairly lanky young woman, with a rather slender physique.

This would end up being a detriment, as Cortez began to figure out what she wanted to do in her life. From an early age she was interested in becoming a television personality, wanting to eventually become a host for TV shows. In an effort to follow this dream, she would start hitting the gym, looking to sculpt her physique and get an appearance that she felt would earn her a place in this realm.

Knowing that she needed some experience to becoming a TV personality, Suzie Cortez started to pursue efforts as a fitness model. She started off with small gigs, working on building her physique to what it needed to be. It was only after she won the 2015 Miss BumBum event, that her career began taking off.

Following her success here, Suzy became something of an overnight sensation. Her online presence began to grow, with hundreds of new followers by the day. She was able to use this success to model for a variety of brands on her Instagram, while sharing her own fitness tips to help her more than 2 million followers reach their own goals. She has been in multiple publications, most notably Playboy Magazine, and most recently transitioned to a career on OnlyFans. Her measurements are a 33DD bust, 24 inches around the waist, and 42 inches around the hips.

Additionally, Cortez was able to achieve her goals of appearing on television, finding her niche in soccer. She represented the Russian team at the World Cup in 2014, being chosen from a variety of 40 other models. Her love for soccer has led to a recurring role for Russia’s team, while appearing as a sports host on Brazilian television programing.

By far, the most impactful moment in the career of Suzy Cortez has to be competing at the 2015 Miss BumBum contest. This event originated in Brazil, and as the name suggests, it determines who has the best behind in the country. After working hard on getting physique, to a place that made her happy, she decided she would enter the contest.

This would not be a decision that she regretted either, as Suzy would win the event easily, and in doing so maximize her exposure in Brazil and worldwide. Moreover, her victory led her to the aforementioned modeling and television opportunities. She would then return to the Miss BumBum in 2019, this time representing Brazil on a global scale. Again she would win, reestablishing her place as one of the most curvy women on the planet.

When it comes to training, Suzy Cortez is extremely dedicated. It was not an easy start for her, originally just working out once a week. However, she started finding ways to exercise that she enjoyed, and as she got in better shape, she started working out more and more. Nowadays she does most of her training in the gym, but she has been known to use martial arts, in particular Muay Thai, as well as swimming, soccer, and dancing to keep things interesting in her workouts. 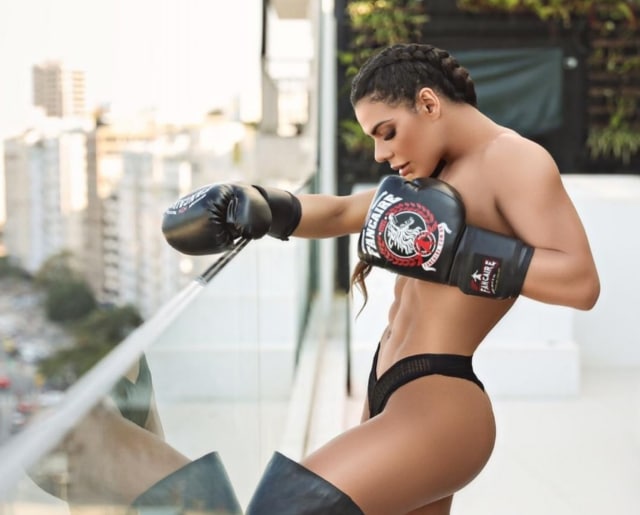 Obviously most of the work Suzy does is for her lower body, with her legs and glutes. After all, the Miss BumBum champion needs to keep up the area of her body that got her fame. With that in mind, she will usually do around 300 squats a day, as well as other exercises to work these body parts.

Cortez exercises her glutes four times a week, going to the gym seven days a week, for three hour sessions. Although she is clearly a hard worker, and devoted to keeping her physique the way she wants it to be, she attributes much of her appearance to genetics. She says that her mom and grandmother were naturally gifted in rear end sizes, and this was passed on to her.

From an early age, Suzy Cortez was known to keep a very strict diet, and one that is plant-based. This discipline helped her with the running she did as a child, and when she decided to pursue modeling, she would adjust her diet according to what she was working to improve upon. While she follows strict nutritional plans to keep her body fat percentage low, she feels that keeping a fitness diet can be detrimental to your overall health.

Some of Suzy’s favorite foods include:

There is a couple of controversial moments in the career of Suzy Cortez. Notably, she got blocked on social media by soccer star Lionel Messi, because she refused to stop sending him inappropriate pictures. Apparently her fandom became too much, and it made Messi’s wife uncomfortable, resulting in her being blocked.

Controversies aside, Cortez is an undeniably hard worker, who is utterly devoted to her fitness and her modeling career. She has spent a large portion of her life following her dreams, and it has resulted in some big opportunities for those fantasies to come true. She is a positive individual on her social media, where she looks to help others, and she is a super talented and driven young woman.

Amazon Introduces Halo: A Fitness Band That Tracks Your Body Fat And Your Voice

Natalia Abraham Coelho is an IFBB professional Women's Physique competitor and a two-time winner of the Physique International (Arnold Classic)...

Andrei Deiu is a Men's Physique bodybuilder and Fitness Model. This is the life and story of this Romania influencer,...

Canadian IFBB Figure athlete Melissa Bumstead is a promising competitor and sponsored athlete. However she did not even find her...