Sylvester Stallone shows that even well into his senior years, he still have gigantic arms that are big enough to make a young man jealous 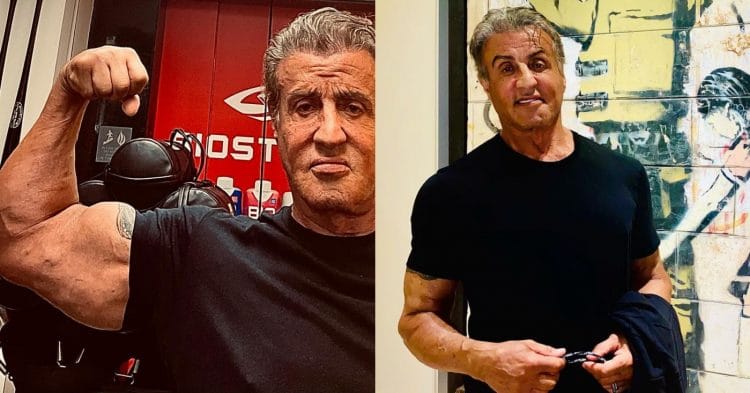 Over the last few weeks, there have been a lot of discussions as to whether or not Sylvester Stallone was caught using fake weights. No matter what you think about that situation, he shared a recent update that proves he is still in tremendous shape.

At 74 years old, there are not a lot of Hollywood actors that can maintain their status as an action star, in the way that Stallone has. Even now, there are still rumors that he will be starring in a fourth film in the Expendables franchise.

Whether that is the case or not, Sly is certainly in process of preparing for some new action flick, and has been hitting the gym hard to get ready. The product of this work was on full display with a recent post to his Instagram, where he shows off his massive arms, just after a hard day hitting the weights.

“Went to damn the gym today when I didn’t want to. But, Doing things when you do NOT want to , I found an extremely important key to success. Plus, I have to get ready to start doing some old school ACTION!” Stallone wrote.

Now looking at this update, it is clear that Sly is in phenomenal shape, especially for someone well into their seventies. If you were to look at just his arms, with no context, you almost certainly would be unable to guess the age of the man they were attached to.

There have been some questions about the validity of his recent gym video, where Stallone lifted himself up while holding two 45lb plates that may or may not have been real. In fact, the general consensus seems to be that this video was for publicity.

Nevertheless it is impossible to deny the fact that Sylvester still hits the gym on a regular basis. Even if that video was using fake weights, there is no way for him to have arms this jacked, especially at 74 years old, without a regular and disciplined approach to the gym.

As it currently stands, Sylvester Stallone has three action films on the docket, which have been confirmed to be released soon, one of them being just a voice role for the upcoming Suicide Squad movie. It is unclear which of these movies he is preparing for, when he says that he is ready for some old school action, but he is certainly in great shape.