With about three and a half months to go until the 2021 Mr. Olympia, Chris Bumstead shares an impeccable physique update worthy of any challenger 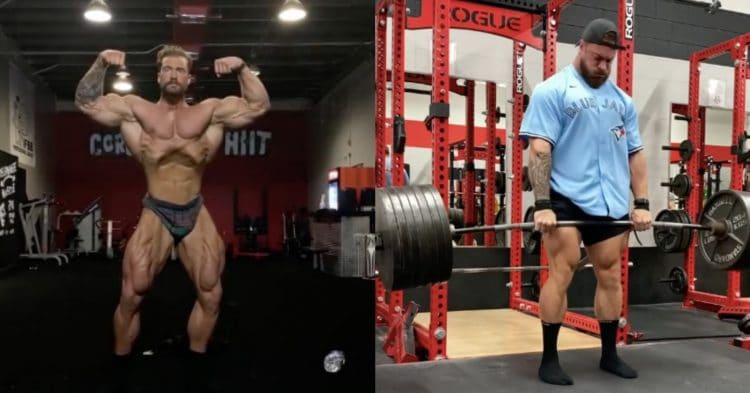 Heading into the 2021 Mr. Olympia, Chris Bumstead looks to continue forging a legacy as the best Classic Physique athlete of all time. He looks ready to do so, after a recent physique update, a few months out from the contest.

Bumstead has made his goals in the sport clear: to be the greatest Classic Physique competitor of all time. Although the division is still young, he hopes to establish the kind of legacy that matches the likes of Ronnie Coleman or Flex Lewis, but for Classic.

He is well on his way to doing just that too, with two wins at the Olympia under his belt. At the 2021 Olympia in October, he plans on earning a third title, and around 15 weeks out he has been setting new personal records on the deadlift, working on improving his legs and back, as seen with a post to his Instagram.

“One more on the PR” Bumstead wrote.
“7 plates (675lbs) for 3 reps, then dropped down to 6 plates which felt damn heavy after this.
I want it bad this year…”

It is good to see that Chris is still hungry to win, even two Olympia wins into his reign. He is clearly hard at work and adding some mass, before he leans back down and gets ready to hit the stage in the fall.

The evidence of this hard work can be seen all over his physique too, which Bumstead put on display with a posing video that he shared the day prior. This really gave a solid glimpse into the package that he is working to prepare, three and a half months out from the contest.

To be clear, the lighting here is about as good as it can be, while he is in the gym and not on stage. However he looks phenomenal, while explaining again that he is hungry and feels like he is still paying his dues.

“You have to give everything to pay your dues, but the reward only lasts a moment.
Then you get to do it all again,” Bumstead wrote.

It goes without saying that Chris Bumstead looked better than ever when he won the 2020 Classic Physique Olympia, and he is continuing to grow. As the division gets fleshed out, it really seems that the judges are favoring the package that he is bringing to the stage.

That said, there is a litany of tough competitors that he will share the stage with this year, who are gunning for his throne. So it will be exciting to see how things shake out this October.