Well, this was bound to happen. Just because Kiril is Russian, doesn’t mean basic biology suddenly doesn’t apply to him. Kirill Tereshin is known on the internet as “Ruki Bukuki” (bazooka arms) and is famous for his blown up Synthol arms.

I usually prefer to stay away from writing anything regarding Kiril, because I really don’t like promoting someone who is basically sick. However, this is an exception since it looks like Kiril is looking to get help in treating his arms.

A quick recap of his story, if by chance you’re not familiar with it; Kiril was frustrated with little to no results in the gym and wanted a quick and easy way to larger arms.

He then started injecting himself with a form of synthetic oil, known commonly as “Synthol”. Synthol doesn’t add anything to muscle strength or overall growth, it just inflates the muscle to make it look bigger.

Bodybuilders sometimes use it to make a muscle group stand out a bit more on their body. Kiril became a sort of a celebrity since shooting himself up with oil and is now looking for help.

His Synthol injections have gotten so bad, that the doctors are warning him that he might be forced to lose his entire arm if he doesn’t do something about it.

He has recently made a video in which he shows off the horrible condition of his biceps and is seemingly begging for help.  Kiril claims that he has set up a fundraiser and for the much-needed operation in the UK which he claims cost £37,760. 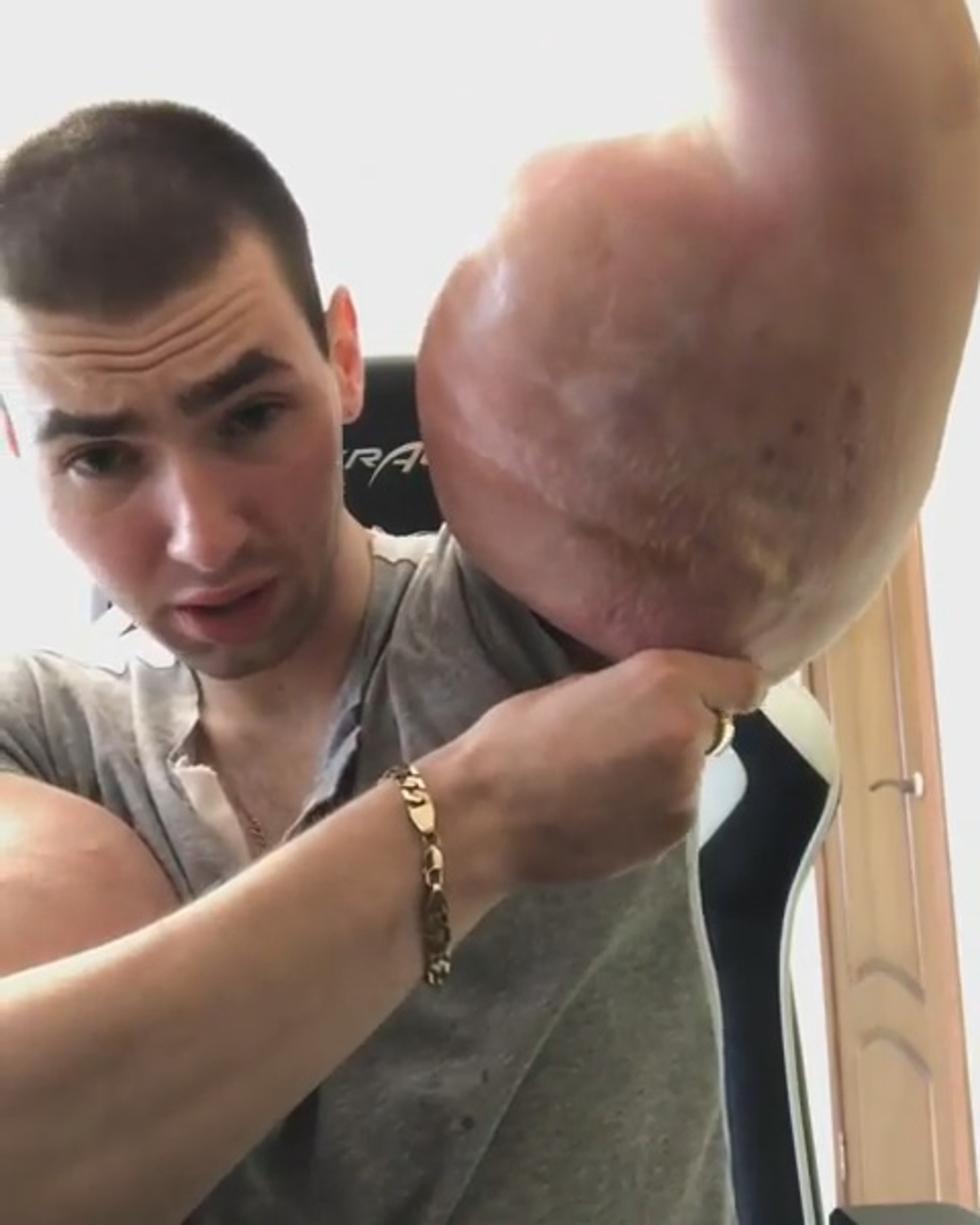 I am having trouble finding any kind of fundraiser information about Kiril at the moment, and I really don’t want people to give him any more attention just in case this is just a publicity stunt.

So, this is what I’m going to do;  if you are reading this and know someone in the UK or anywhere else in Europe who could help Kiril save his arms, contact him.

Don’t send him money,  there’s no telling what he would do with it, give him help. Find a doctor, set him up with the much-needed contacts, point him in the right direction. Don’t let a 22-year-old lose his arms and maybe even his life over social media clout and short fame.