Kiril Tereshin 21, fears his life is in danger after injecting “Synthol” oil into his arms.

Russian teen Kiril Tereshin who found fame on the social media after developing Popeye-like arms after injecting the dangerous amount of Synthol into his biceps has told fans he is seriously ill.

“That is it, forget about me, I was lying for two days in my bed.”

“I was barely able to stand up after I started ‘working’ on my shoulders.”

By “working….. we believed he means Injecting Synthol!

“My arm got swollen up two times and it was a serious blow to my system. I am in pain, my mother is crying.

“I do not know what to do. All that is left to me is to rely on God. I will lie on my bed and pray to God.” 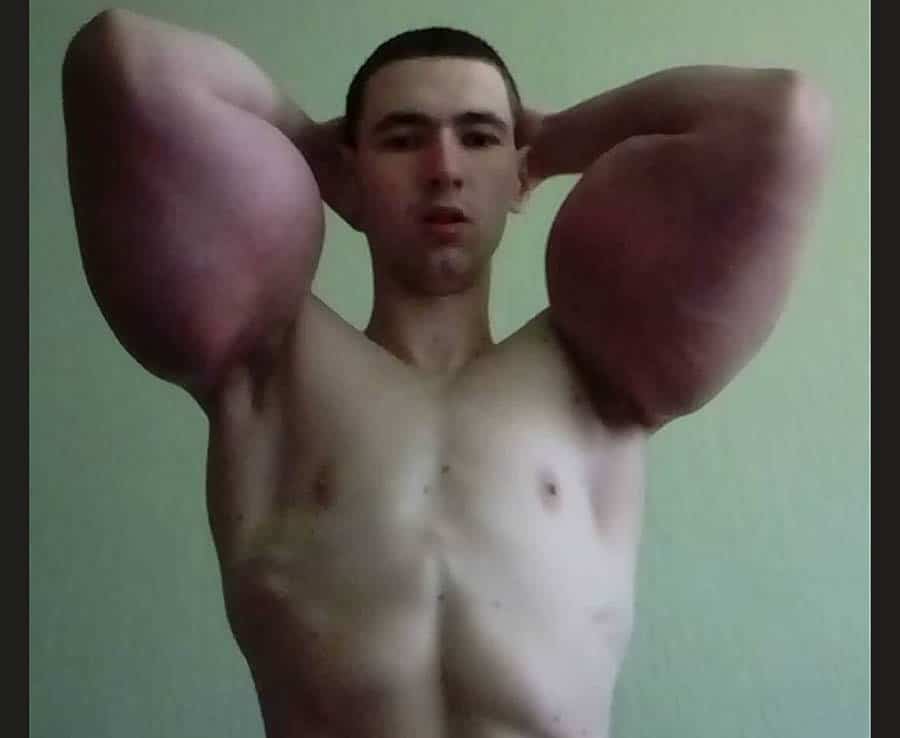 Well, there is no further news on his social media accounts!!!!

Earlier it has been reported that he was mocked as a wannabe “princess” after his latest photoshoot.

He posted a picture of himself on his social media topless wearing professional women’s makeup, a blonde wig and glittery trousers.

Tereshin began working out at a local gym after leaving the army but quickly moved on to using synthol oil injections to boost his arm development.

His synthol filled biceps were reported to be 24-inches around. Despite his increasingly feminine look, Tereshin has not said whether he is a transsexual.

Doctors warned that the use of synthol can lead to a myriad of health problems, including embolisms in the lungs, strokes, cysts, and ulcers.

It’s disturbing… Do you agree?