Tamara Walcott could soon become the first woman to deadlift 300-kg raw in a powerlifting competition. 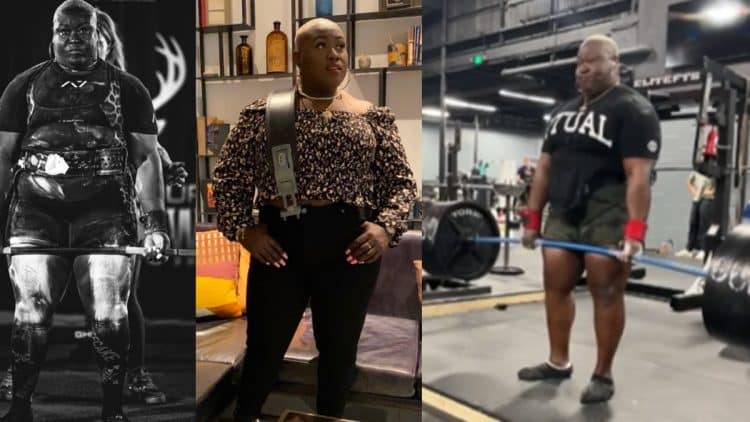 Tamara Walcott has been the greatest deadlifter in women’s powerlifting for a very long time. Despite all this, she has never reached the point where she is satisfied and is still striving to set more records in order to advance in her career. Tamara has proven many times that she can accomplish anything when she puts her mind to it. Tamara’s target now is seemingly to set one of the greatest World Records in powerlifting history, which would be a 300-kilogram (661.4-pound) raw deadlift.

Tamara Walcott is closer to accomplishing this feat than anyone has ever been. In fact, she is now just 1.4 pounds (0.6 kilograms) short, as she crushed a massive 660-pound (299.4-kilogram) deadlift in training. This lift was also raw, as Tamara only used a lifting belt and wrist wraps. Her stance was conventional, while she paired it up with a mixed grip. She did not specify her bodyweight at the time of the lift, but Tamara competes in the +90KG weight class.

Tamara Walcott’s 660-pound pull is unofficially the Heaviest Raw Deadlift In Women’s Powerlifting History. Walcott also officially possesses this achievement, as no one has ever outperformed her 288.5-kilogram (636-pound) World Record in the +90KG weight class. She set that record at the 2021 WRPF The Bucked Up Showdown.

You can watch Tamara’s lift here:

The son of Tamara Walcott was cheering on his mother during her training session. This had an immense impact on Tamara, which she pointed out in the caption of her post.

“At the end I told my son I will never fail when he’s watching… and I mean it because when you give something your all YOU always WINNING!”

The 660-pound (299.4-kilogram) deadlift marked the end of Tamara Walcott’s preparation for the 2022 WRPF American Pro. The event will take place on July 29-30 in Manassas, VA. There is the possibility that Tamara might be able to make history in just one week’s time.

Despite her massive improvements, Tamara Walcott has already had some impressive performances in the past. She has competed eight times throughout her 4-year-long career. Impressively, Tamara won seven of those competitions and set numerous World Records.

Tamara Walcott is an extremely inspirational athlete and tries to motivate everyone with her accomplishments and life story. So, it would be awesome to see her successfully deadlift 300 kilograms (661.4 pounds) at the upcoming 2022 WRPF American Pro. Tamara appears to be more prepared than ever, so she should be able to put up some stunning performances.