Terry Hollands wants to claim the Britain's Strongest Man title for the second time in his career. 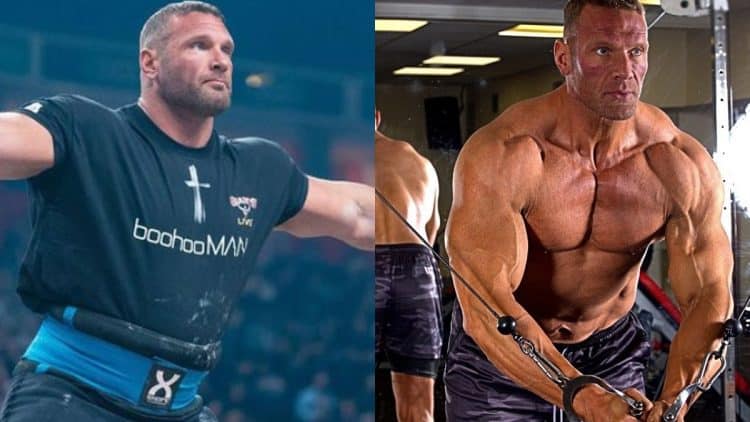 Terry Hollands announced his retirement from Strongman nearly a year ago, but he has now started preparing for his comeback. Terry retired after suffering an unfortunate injury at the 2021 World’s Strongest Man, but following some time away, he realized that he still retains a desire to compete. However, we will see a completely different Terry Hollands next year compared to the one we watched last year.

The competition which lured Terry Hollands back to Strongman is the 2023 Britain’s Strongest Man, which is set to take place on January 28th, 2023, in Sheffield, England. Terry revealed the exciting news on his Instagram page and gave some reasoning behind it.

Apparently, the biggest reason for his comeback is because Terry Hollands wants his 7-year-old son, Zach, to watch him compete at one of the biggest competitions in the world. However, Terry’s aim is not just to appear on the stage, but instead win the entire contest. According to his caption, he has full belief that he is able to become Britain’s Strongest Man.

“Do we do this one last time?

I have one bit of unfinished business, I want Zach to see his daddy do his thing. He saw me compete once but was too young to remember it.

Is it possible to be ready in time for Britain’s strongest man? I back myself every time so I say yes.”

The Transformation Of Terry Hollands

While many of us saw Terry Hollands compete at the highest level of Strongman for many years, he has changed massively since then. Most notably, Terry Hollands went from weighing 203 kilograms (447.5 pounds) at one point of his career to weighing 133 kilograms (293 pounds) in September of this year. In fact, Terry actually appeared in bodybuilding competitions a couple of times.

In order to prepare for Strongman, Terry Hollands will probably try to regain some of the weight that he lost. Regardless, Terry has revealed that he will give it his all in the upcoming two months, while his preparation process will also be as transparent as possible.

Terry Hollands has competed in 101 International and National Strongman competitions since starting Strongman professionally in 2005. He has appeared in 15 competitions for World’s Strongest Man, nine of which have resulted in top-ten finishes. His best placing was 3rd at the 2011 WSM. Furthermore, Terry has won five shows, which are:

Having already gotten a Britain’s Strongest Man title under his belt 15 years ago, Terry Hollands definitely knows what it takes to win. However, he will face a massive challenge as the 2x World’s Strongest Man, Tom Stoltman, is the reigning champion.