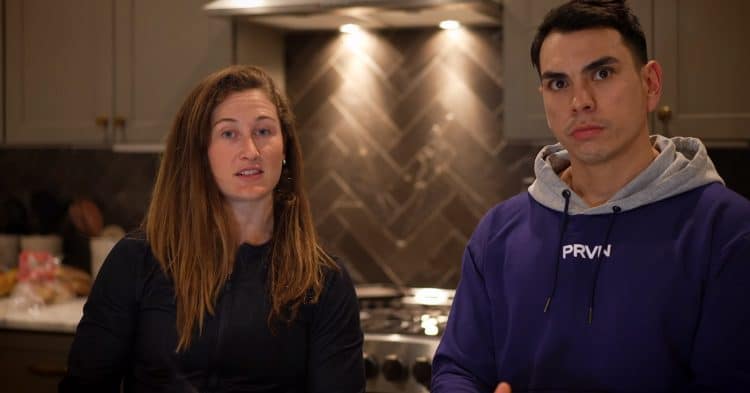 This year’s CrossFit Games are set to pose similar travel challenges to the athletes competing, and four-time Fittest Woman on Earth ® Tia-Clair Toomey is no exception. This week, Tia-Clair Toomey-Orr took to YouTube with her husband and coach Shane Orr, to explain the challenges of the year.

In the video, the couple discusses all that they have been going through over the past three months, including training for the 2021 CrossFit season. Again, Tia confirmed that she will be competing in the 2021 CrossFit Open, where she will compete to keep her title. At the same time, however, Tia and Shane are both noting that a travel workout will be on the event list for them this year.

The couple has recently returned to the United States from South Korea where Tia was training to qualify for the Australian Women’s Bobsled team. They are living in an Airbnb in Nashville while training for the CrossFit Open.

However, the athletes are required to compete at the Semifinals event for the designated continent on their registration. For Toomey, that will mean competing in Australia for the Semi’s.

It’s a challenge that many CrossFit athletes will be adding to their event itineraries, and could absolutely impact performance. With each major travel log comes a quarantine period to and from the location, followed by training and location-specific events, followed by additional quarantines.

“What we want to do guys, we want to give you guys a bit of an update on what we’ve been doing for the last three months. So we’re actually now in Nashville, and where we’ve been we have been to South Korea. Let me just clarify that and over there they actually don’t call it South Korea they call it the Republic of Korea.”

Every athlete will also incur additional costs for these changes. For four-time-title holder Tia-Clair Toomey the costs could be equivalent toher entire purse from the 2020 CrossFit Games.

The top finishers from the Quarterfinals will advance to the Semifinals. For Australia, that means 30 males and 30 females. The Semifinals are in-person events. For Toomey that will mean competing in the Torian Pro in Brisbane, Queensland, Australia.

The Costs and Logistics for Tia-Clair Toomey-Orr

For most CrossFitters, the expectation is that the four-time Fittest Woman on Earth will advance to the Semifinals. Tia-Clair will have to juggle the logistics of costs, flight availability, and flights that are world-round trips from the United States to Australia.

Once in Australia, the Toomey-Orr couple has to quarantine for 4 weeks at a minimum cost of $4,000. If they hoped to quarantine from their home, they reportedly would incur costs of up to $250,000. Last year’s winnings for Tia were $300,000 for the overall title, and an additional $42,000 in event winnings.

“Getting into the country is a bit of a mission. So we actually have to do a world round trip in order to actually enter into Australia. Because going from the US to Australia is actually really difficult right now and there are hardly any flights…..So we also looked at doing at-home quarantines. Guess how much it costs? 250 000 to quarantine for two weeks at your own home.”

In their YouTube explaining the changes, Tia-Clair and Shane Orr mention a possible workaround to these costs. That would be entry to the Games via the Last Chance qualifier event in Oceania, which requires an in-person event at the corresponding Semifinal.

This workaround may not be the most feasible from a training perspective, says Toomey in her video. The Last Chance Qualifier is held the first week of July, just 2 weeks prior to the 2021 CrossFit Games. Once she cleared the hurdle of the Qualifier, she would only have one week to prep for the 2021 Games.

As far as how to plan ahead, Shane Orr noted in the video that CrossFit HQ is looking for a way to accommodate the athletes that are in this position this year. It was hinted that some changes on these policies may be announced, but that as it stands now, the couple were planning a trip to Australia in the near future to compete in the Games.

The key takeaway? Four-time Fittest Woman on Earth ® Tia-Clair Toomey will travel to the ends of the Earth to defend her title.