Peiman Maheripourehir scored a massive 450kg deadlift in training recently, showing that the world record is in his sights 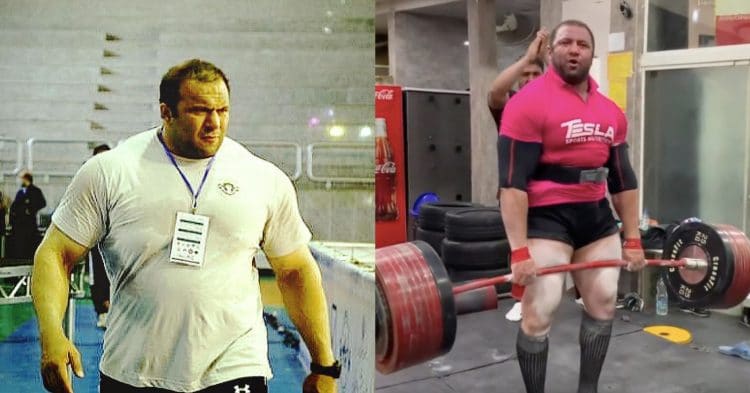 Out of the many athletes gunning for the deadlift world record, Iran’s Peiman Maheripourehir seems to be the likeliest candidate to clinch it. Evidence of this was put on display again recently, when he scored an enormous pull in the training room.

There are a ton of athletes who have claimed they will be able to surpass the 501kg deadlift world record that Hafthor Bjornsson scored last week. However Maheripourehir is the one who has shown time and again that he is a serious threat to doing so.

The most recent display of this came when the Iranian strongman posted a video of a recent training session to his Instagram. Here he can be seen deadlifting a whopping 450kg (992lb) raw, a feat that he claims is the heaviest raw deadlift in the last decade.

Peiman Maheripourehir – On The Road To Greatness

There are some things worth noting about this most recent lift from Peiman Maheripourehir. The biggest elephant in the room of course, comes from his claim that this is the heaviest raw, conventional deadlift in the last decade.

The main difference between this lift, and the 501kg that Thor pulled about a year ago, is the fact that Peiman is doing the deadlift without a lifting suit. Furthermore, this was done with straps, which in the world of powerlifting is not considered raw, but is passable by strongman standards.

As far as Maheripourehir and his world record endeavors go, he has been making some serious progress, having just pulled 440kg, as well as an equipped 492kg PR, and a 455kg triple before that. He looks to surpass Thor’s record, which he took by besting Eddie Hall’s previous world record of 500kg.

At this time it is unclear when, or if the Iranian plans to surpass the record, in an official competition. However the fact that this came just a few short days after he pulled 440kg (970lb) raw seems to imply that he is working towards a goal of some kind.

It has been a while since we have seen Peiman Maheripourehir in competition, moving weight in an official capacity. It would be nice to see him on the platform, even if it is just a deadlift-only event, so that his performances could be more efficiently tracked, outside of just social media posts.

Either way, it seems that he is intent on being the first man to deadlift more than 501kg. In order to do that though, there are a few other hopefuls that he will have to beat.