The United States Powerlifting Association banned transgender athletes and athletes who use any hormones from Tested Competitions, as per new ruleset. 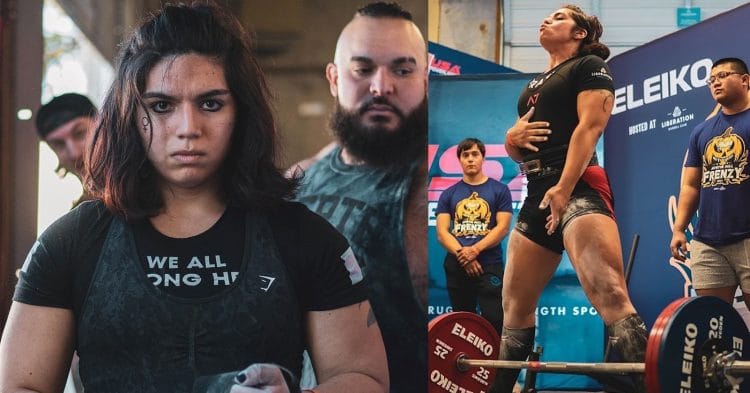 As of January 1st, 2022, the United States Powerlifting Association has released an updated rulebook which prohibits the use of any hormones in tested competitions. This includes Trans athletes and people with medical conditions which require hormonal treatment. However, one part of the rulebook explains that these competitors can compete in non-tested competitions.

The first “victim” of the rule was a 22-year-old trans powerlifter, Angel Flores, who is a USAPL gold medal winner in the MX Division. She was not allowed to compete at the 2022 USPA Violet Crown Classic, in Liberation Barbell Club Austin, Texas. Angel posted a video on her Instagram account and expressed her feelings.

“This was going to be my very first meet alongside my cisgender peers. Since the announcement of the new 100 kilogram weight class, I was excited at the chance to maybe hit some nice records for my age group. On January 4th, the owner of LBC received a call telling her that I would be disallowed from competing in this tested meet. If any athlete has ever had competition taken away from them, you’ll understand how I felt that night. We’ve kept it quiet since to not only preserve my mental health, but also preserve the sanctity of training for all my wonderful friends at liberation. I would say that most of the anxiety I’ve been feeling for this meet stems from this.” wrote Angel.

USPA Texas reached out personally to Angel and invited her to compete as a guest lifter. However, this would mean she wouldn’t be able to set any records. Angel still competed and set some impressive results.

You can watch all Angel’s lifts here:

Angel also added that the Liberation Barbell Club will be donating the door fees to an LQBTQ+ charity of her choosing.

“The USPA/IPL does not allow any therapeutic use exemptions. This means no lifter using  any hormone, regardless of medical necessity or choice, or other banned substance (see sec. 12), is allowed to compete in the drug tested division.”

Not long after that, the rule 1.8.28 is addressing specifically transgender athletes:

However, the USPA wrote a section called “Part 14. Transgender Athletes” which encourages trans athletes to compete in non-tested competitions.

“The USPA doesn’t make a distinction between transgender or non-transgender athletes in non-tested competitions. Everyone is welcome to compete in the USPA and will be held to the same set of rules as stated in our rule book, whether lifting as a male or female… The USPA welcomes all lifters and will always do our very best at all times to accommodate all members.”

Related: Transgender Olympic Athletes Will Not Be Forced To Lower Testosterone, Per New IOC Guidelines

What Would Be The Solution?

The inclusion of trans athletes in sports has been a problem for some time now. Angel Flores suggests that powerlifting federations should look up to the International Olympic Committee’s (IOC) solution for this. The IOC relies on its 10 Principles on fairness, inclusion, and non-discrimination on the basis of gender identity and sex variations.

The greatest step forward for trans athletes was taken in the Olympics, where Laurel Hubbard competed in the sport of weightlifting.

The sport of powerlifting still has a long way to go, but some federations have been more inclusive than others. For example, the USAPL has made a new division called “MX Division”, which allows athletes of different gender identities to compete.