Following her participation at the 2020 Tokyo Olympics, transgender weightlifter Laurel Hubbard was named Sportswoman of the year. 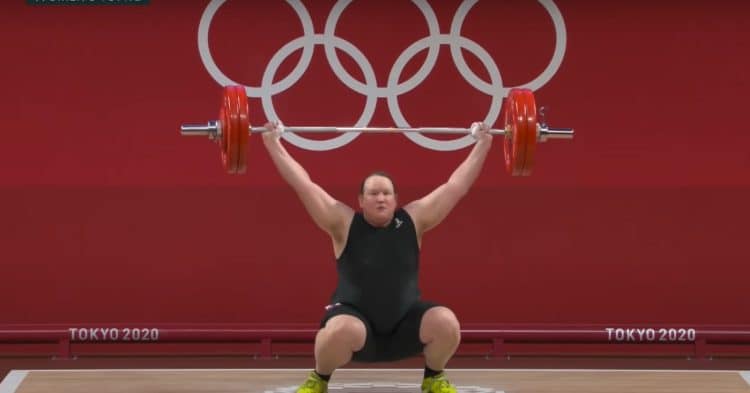 Transgender weightlifter Laurel Hubbard has just been named Sportswoman of The Year by Otago University in her home country of New Zealand. Hubbard was the first trans athlete to compete at the Olympics, having participated in the 2020 Tokyo Games during the summer.

Although, it was short-lived after the +87kg division competitor failed to complete all three of her snatch attempts. The controversial athlete received a lot of opposition for wanting to compete in the women’s category. Furthermore, the IOC backed Hubbard’s involvement in the Olympics but promised policy changes following the event.

Related: Weightlifters Ordered To ‘Be Quiet’ Over Concerns About Trans Athlete Laurel Hubbard Ahead Of Olympic Qualifiers

Sportswoman Of The Year

On September 28, 2021, the Queenstown athlete was named Sportswoman of The Year by the University of Otago and OUSA Blues and Gold Awards, according to the Otago Daily Times.

She’s apparently the first trans athlete to have received the accolade in its 113-year history (since 1908).

Hubbard was ‘‘Grateful for all of the support and kindness received from the teaching staff and students at Otago University,’’ she told the Otago Times.

‘‘It is not possible for athletes to compete at the Olympic level without the encouragement and aroha of friends, family and supporters.”

‘‘This award belongs to everyone who has been part of my Olympic journey,” Hubbard added.

‘‘We could think of no-one more worthy of sportswoman of the year than Laurel Hubbard who represented Otago and New Zealand incredibly well at this year’s Tokyo Olympics,” said Otago University Students’ Association president Michaela Waite-Harvey.

Like most sports awards ceremonies, athletes are recognized for their achievements, and others were also acknowledged alongside Hubbard at the event.

Born Gavin, the 43-year-old strength athlete competed as a man before making the transition in 2012.

Competing in Women’s weightlifting, Hubbard was the first transgender competitor to win an international weightlifting title for her country of New Zealand.

Hubbard won Gold at the Australian International and Australian Open and then again at the Somoa 2019 Pacific Games with a 268kg/590 lbs total and 125kg/ 275 lbs snatch.

Despite her accomplishments and understandably so, the side of “she should not be competing” seems to largely outweigh those in favor of her participation in Women’s weightlifting.

It’ll be interesting to see how the future plays out for Laurel Hubbard and her participation in weightlifting competition.

How to Increase Squat Performance