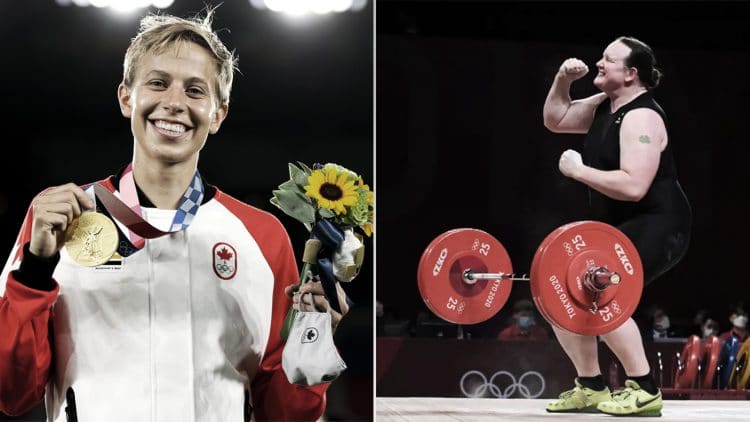 Transgender athletes’ involvement in sports is one of the most discussed and sensitive topics in the sports world today. The debate gets heated especially when it comes to transgender female athletes competing against their cisgender counterparts. Recently, the International Olympic Committee (IOC) has brought a change to its guidelines regarding the participation of transgender athletes in the Olympics. The guidelines aim towards stepping away from the previous model that subjected athletes to strict gender testing and hormone changes.

IOC announced this new set of guidelines titled the ‘IOC Framework on Fairness, Inclusion, and Non-discrimination based on gender identity and sex variations’ on their website recently.

The document states that these guidelines ‘should be considered as a coherent whole and should be taken into consideration by international federations and other sports organizations when exercising their responsibility in establishing and implementing eligibility rules for high-level organized competition in their respective sports, disciplines, and events and more generally, in ensuring safe and fair competition in the context of inclusion and non-discrimination based on gender identity and sex variations.’

“We really want to make sure that athletes are not pressured or coerced into making a harmful decision about their bodies,” reported Reuters.

The director of global initiatives at the Human Rights Watch Minky Worden also praised the new guidelines and said that they promote inclusion in sports.

“The new IOC framework represents a turning point for the fundamental rights of athletes, and a boost for women’s inclusion in sports worldwide. Foregrounding the rights to bodily autonomy, health, and privacy, the IOC has taken a significant step toward protecting the dignity of all women athletes,” Minky Worden stated.

The document states that the aim of this framework is ‘to offer sporting bodies a principled approach to develop the criteria that are applicable to their sport’ and does not make it mandatory to follow them as drafted.

Non-binary skateboarder Alana Smith, who competed in the women’s street skateboarding event at the 2020 Summer Olympics, shared their thoughts on the new guidelines. Smith does not think the framework addresses the issue and in a statement given to Insider, they stated:

“I feel like there’s probably going to be a few organizations that are going to make the executive decision not to allow trans athletes.”

The debate about transgender female athletes having a perceived advantage over their cisgender counterparts is not new. Transgender athletes are allowed to compete in Olympics since 2004 and New Zealander Laurel Hubbard became the first openly transgender weightlifter to compete in the Olympics. Hubbard’s inclusion in the New Zealand weightlifting team for the 2020 Tokyo Summer Olympics was welcomed by the transgender community and was seen widely as a positive step towards inclusion.

However, weightlifters like Anna Van Bellinghen and Tracey Lambrechs were among the notable people that criticized Hubbard’s inclusion in the team. The criticism stems from the belief that even after the gender reassignment procedures, transgender athletes retain a higher muscle mass, bone density, and physical strength compared to cisgender athletes.

However, the new IOC guidelines do not consider this belief. Alana Smith cites it as a positive change.

“It’s nice that they’re trying to sway away from the fact that there’s an advantage for some people because there isn’t. If you work hard enough, you obviously earn your right in whatever sport that you’re in. If you’re competing at an Olympic level, to hear that you have an advantage shouldn’t be an experience because of how hard you have worked your asses off to get to that point. You shouldn’t really take anything away from somebody else because they were born in a body that they weren’t supposed to be in,” Alana Smith said.

Some important points from the IOC guidelines

(Note: Important points are mentioned only to give an idea about the framework. To understand the relevance of each point and its context, kindly read the full document HERE.)