With the recent switch, Ugolnikov will have the chance to compete at NPC. 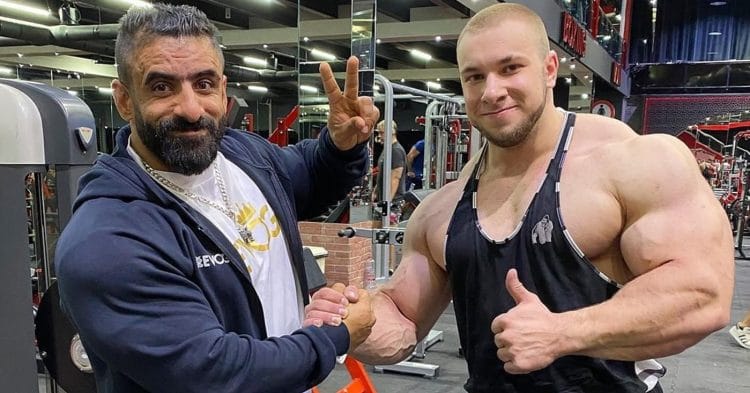 Vitaliy Ugolnikov, also known as “Good Vito” has acquired a concrete social media following and has done so with consistent posts showing his insane physical stature. The young bodybuilder continues to impress with his enormous physique and will make the switch to NPC as one of the more promising young bodybuilders entering 2022.

During his time competing on the IFBB Pro Elite Circuit, fans continuously wondered when Good Vito would start making his way up. Well, the time has apparently come. Vitaliy Ugolnikov is making the switch to NPC with the intention of securing a pro card and earning his right to compete in IFBB competition.

Through the course of 2021, the improvements Good Vito has made outside of competition are noticeable. Clearly, if the young bodybuilder can maintain gains in a steady manner, he will make a giant splash when the pressure is turned to the max during competition. Vitaliy Ugolnikov took to social media on Thursday to clarify his intentions.

“Yes, I will move to NPC. I believe that in Russia I won everything I wanted to win. We need to move on,” said the absolute champion of Russia Vitaly @goodvito. .Now Vitaly is in Dubai and is preparing a new issue on YouTube for his fans..How do you assess Vitaly’s chances on the world stage? Not just bb, but also media..#бодибилдинг #дубай #угольников #железныйрейтинг” Vitaliy Ugolnikov shared. (Translated by Google)

According to Good Vito, this decision has been under discussion for some time. However, the intention was to first secure a major international tournament title and see how he generally stacks up with the competition in a global manner.

At just 24-years-old, Vitaliy Ugolnikov will pose serious problems in competition. With Ugolnikov switching over to NPC, it will be interesting to see how tournament judges perceive the Russian’s incredible build. Good Vito appears to have the physique to compete at the highest level, and now fans will soon find out if he can hang with the best or not.