Santi Aragon, 212 and Classic Physique veteran has retired from the sport of bodybuilding at 33-years-old. 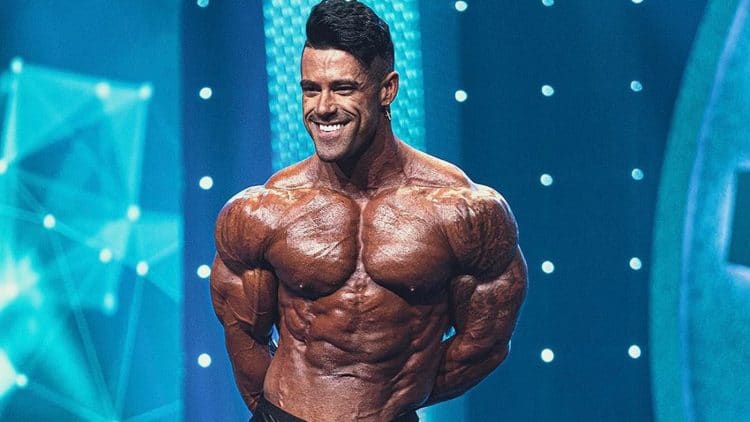 Life as a bodybuilder can be a constant grind, exercising and attempting to maintain a strict diet can be a daunting task that steadily wears on competitors. The Classic Physique veteran, Santi Aragon is calling it a career at the age of 33-years-old and departing with his health intact, a goal he held close to his heart during his time in competition.

With the considerable toll bodybuilding can take on the body, Aragon felt now was the best time to step away from a sport he dedicated so much passion and discipline to. Typically in the sport of bodybuilding, when an athlete calls it a career, it doesn’t come as much of a surprise to the public.

These athletes push their bodies to physical extremes and accomplish extraordinary feats. However, since Santi Aragon was only 33 and filled with promise, it came a bit out of left field. On Wednesday, December 8, 2021,  Aragon shared on social media that he was indeed retiring from the sport of bodybuilding.

“I am formally announcing my retirement from the bodybuilding stage. It’s been something that I have been wanting to do for the past year. I am walking away from the stage on my own terms and was not forced in anyway to do so. As time goes on, your priorities in life change. My priorities are my future, my health and my family. Bodybuilding was getting in the way of those 3 things which I hold dear to my heart. Bodybuilding has brought me so much joy the last 10 years.

The people I’ve met, the places I’ve traveled to and all the life lessons I can take with me into the future. I am very grateful for the last 10 years and all of the people that were a part of it. Just because I’m retired from competing, does not mean I am disappearing from the fitness world. Your boy has to look peeled come summer time 😂 Love all you ❤️” Santi Aragon shared.

While Aragon will be stepping away, admittedly, the sport meant a lot to him and he is happy to be leaving on his terms. The opportunity to travel around the world is something he will take with him in future endeavors.

Santi Aragon‘s decision to retire may serve him well down the line. With a number of bodybuilders passing away recently, it has certainly raised health awareness amongst the bodybuilding community. At the end of the day, health is most important and the fact that Santi Aragon is walking away with his is good news in and of itself.