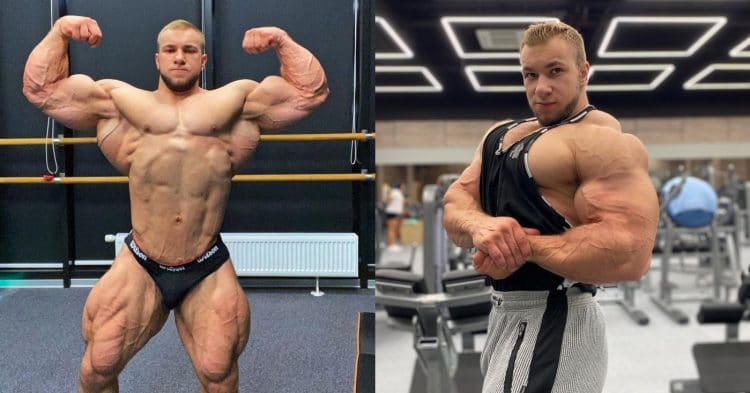 You may know him by his Instagram handle of “Good Vito,” but Vitaliy Ugolnikov is more than just a social media star. He proved that once again recently, when the IFBB Elite Pro showed off his enormous physique.

Ugolnikov has made a name for himself in bodybuilding circles for having a ridiculously massive physique. The 24-year old has put on a ridiculous amount of mass over the years, and has quickly become one of the most interesting bodybuilders not competing in the IFBB Pro League.

He recently put his physique on display once again, with a post to his Instagram. Here the mass monster can be seen hitting a front double bicep pose, displaying his enormous arms and wide lats, as well as his vascular legs and separated quads.

“3 weeks before the start,” Ugolnikov wrote (translated with Google).

It appears, based on the caption of his post, that Vito is looking to compete in the near future, and is about to kick off his prep. If this is the case, then one can only assume that his physique is going to be looking even crazier in the coming weeks.

When you look at someone as massive as Vitaliy Ugolnikov, it is easy to think that this was the result of someone that was just born physically gifted. While that may be true to a certain extent, there is also a lot of hard work that goes into his insane physique.

In fact, he shared a post just a few days earlier, where he looked back on the crazy growth that he went through, in just two year’s time. He shared side-by-side photos of him competing, both in 2018 and 2020, and he looks to be twice the size that he was back then.

The one thing that is always brought up when discussing Vitaliy Ugolnikov, is the fact that he is not an IFBB Pro, instead competing in the IFBB Elite Pro circuits. Hopefully one day he can find his way to an NPC show and earn an IFBB Pro Card, so that we can see him putting his physique up against the consensus best in the world.