Travel concerns have forced Ukranian bodybuilder Vlad Suhoruchko out of the 2021 Mr. Olympia 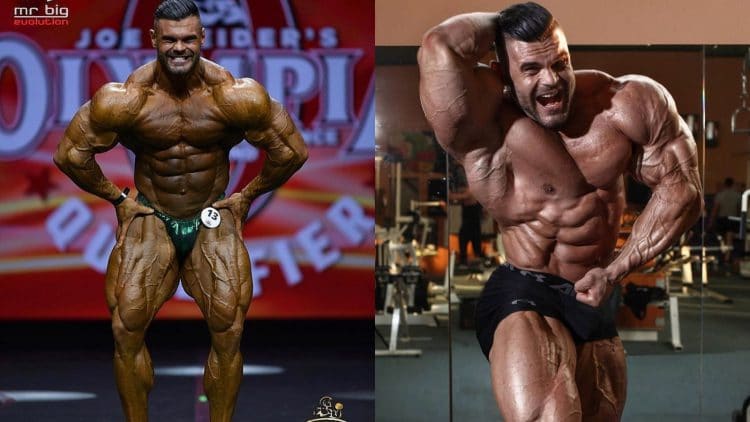 The Ukraine’s Vlad Suhoruchko may not have been a serious threat to winning at the 2021 Mr. Olympia, but it was still going to be exciting to see him compete. Unfortunately this will not happen, as travel issues have forced him out of the contest.

Suhoruchko earned his invite to the 2021 Mr. Olympia on the back of a busy season competing in a variety of shows. While he did not get any wins, he earned a ton of points by placing high in the Romania Musclefest Pro, Portugal Pro, and Europa Spain Pro, which was enough to gain an invite to the biggest bodybuilding contest in the world.

Unfortunately it seems that he will be unable to compete, despite getting an invitation. He posted to his Instagram to reveal that he is having troubles getting his visa to compete in the Unite States by the time the action takes place in Orlando, Florida,

“Sadly say it but it’s was last competition on this year . I am Out from MR ⭕️ @mrolympiallc 2021 because of problem with visa … next year I will be there for sure and with better version of my self ⏳⚔️” Suhoruchko wrote.

This is obviously a massive disappointment for Vlad, who had clearly worked hard to be able to compete at the Olympia. That being said, at just 25 years old, there is still a lot of potential for him to have huge performances at future Olympias.

There is no denying the potential that Vlad Suhoruchko holds, especially given how massive physique is so early on in his career. While he has not managed to reach that potential just yet, the future is clearly bright for this Ukrainian prospect.

As made evident by the remaining stacked roster, the 2021 Mr. Olympia is going to be a great contest, even without Vlad Shuoruchko. That being said, this does not take away from how disappointing it is that he will not be able to compete after having worked so hard to qualify for the biggest contest in the sport.