Bodybuilder William Bonac is back in the U.S. and ready to reclaim the status as the 2022 Arnold Classic champion. 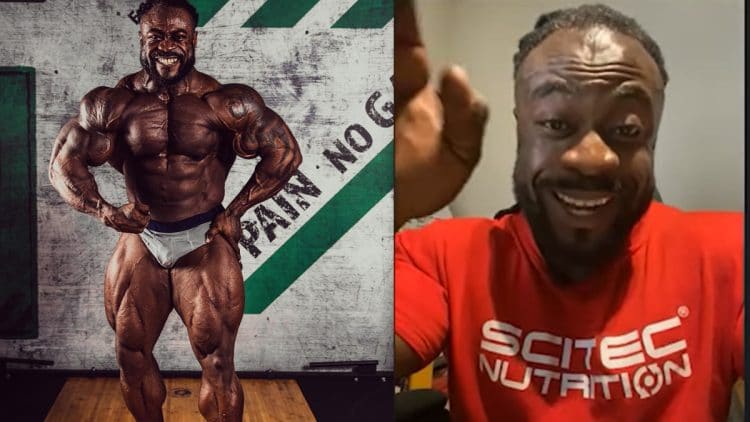 William Bonac is ready to make his run at the 2022 Arnold Classic which is set to kick off in just a few days. Ahead of the epic event, Bonac spoke with Muscle Development Magazine and discussed how he can win the show, and defeat Brandon Curry.

In 2018 and 2020 William Bonac secured first place at the Arnold Classic. In between those monumental victories, the Tennessee-born Brandon Curry disrupted his dynasty and took home gold. While competing against each other for the past few years, the pair of bodybuilders have continued to push each other to the brink inside and outside of competition.

Unfortunately, in 2021, Bonac was unable to defend his Arnold title because of travel issues. The pandemic shuttered operations worldwide, and Bonac found himself unable to travel to the U.S in time for the second biggest show of the year. Eventually, Bonac made it to North America and competed at 2021 Mr. Olympia where he earned sixth place.

With the 2022 Arnold Classic happening this weekend, Bonac spoke with Muscle Development Magazine and explained how he felt after coming in sixth at last year’s Olympia.

“Everything. Now I understand what people always say. You can’t go into a show when your mind is not clear. I understand. Before I was ‘like what do you mean?’ But now I understand what it means with age, you know because if you have so many things to deal with, so many things on your mind. Even though, I know I’m like okay, now I’m good. We now in the USA, I’m shaking things off from the Arnold. It was still messing up in my head you know.” William Bonac said.

In addition to bringing his best overall package to the Arnold this weekend, Bonac also mentioned that there is less pressure on him to perform and more on Curry since he’s been runner-up in his last two Mr. Olympia appearances.

“But asides from that with Brandon you know people think that I’m pro-Brandon, I would think the same way. He’s the runner up of the world. Not one time, two times, runner up of the world. So, it’s logical that people are going to choose him as the favorite. You know, I understand it, and I appreciate it as well because it motivates me even more because, like, if you lose there, this is going to play in his mind. ‘Shit why did I do this show because now I lose my momentum going to Olympia’.”

Bonac believes he has nothing to lose at the Arnold when he inevitably squares off with 2019 champ Brandon Curry. The bodybuilder also revealed that he is now working with Chad Nicholls to prepare his physique for the March show.

Chad Nicholls is a decorated coach in bodybuilding. He has trained legends like Ronnie Coleman and Mamdouh “Big Ramy” Elssbiay, so he will be a great addition to Bonacs’ arsenal. From the sounds of it, Bonac is coming into the show this weekend hungry for revenge. Given his determination to enter the Arnold with his all-time best, the show’s lineup is shaping up to be one of the deepest pools of talent fans have ever witnessed in Ohio.

After being unable to travel to the U.S. for the 2021 Arnold Classic, William Bonac is ready to make up for lost time this year. Ready to bring his best package yet to the 2022 Arnold, Bonac believes his nothing-to-lose attitude could be the weapon he needs to defeat Brandon Curry.