William Bonac discusses his plans to beat Big Ramy at the 2021 Olympia, and why things did not work out with Neil Hill 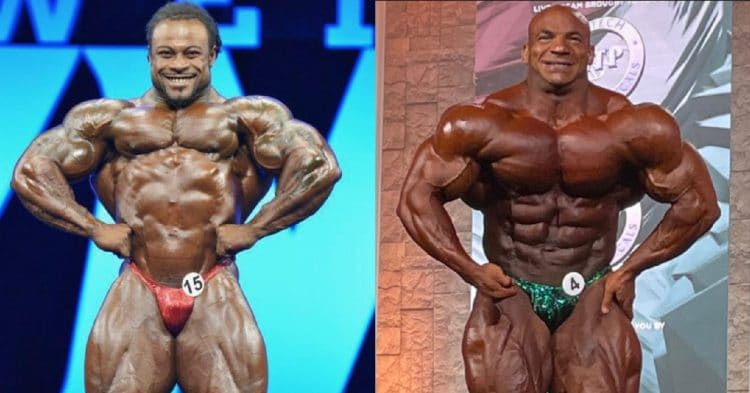 The split between William Bonac and coach Neil Hill was a volatile one, with both men saying some fairly unkind things about one another. Now William says the two have settled their beef, and he wishes nothing but the best for his former mentor.

When Bonac opted to stop working with Hill, it came as a bit of a shock, as “Yoda” had worked with the Conqueror for the majority of his bodybuilding career to that point, helping to bring him from 212 athlete to Open bodybuilder and Mr. Olympia contender. Nevertheless the two parted ways, due to a combination of financial disagreements and a difference in training philosophy.

After two years of working alone, William does not regret his decision to part ways with Neil, but he no longer has hard feelings for his former coach. Speaking in a recent interview, he explained that he lost trust in Neil, but that he wishes Hill nothing but the best moving forward.

“(I lost) trust. From where I come from, its not easy to get in my circle, but once you get there I will go and fight for you, man. Anytime. There was no trusting (Hill),” Bonac said.

“We talked about it afterwards and I told him ‘Listen bro, I’m cool with you. I wish you the best. I wish you to do your thing and grow your online coaching and all your coaching, anything you do I hope success for you, and I mean that from the bottom of my heart. I want him to eat, but not with me…

“For me to trust him, it took us years before he got my trust with everything. For me, when I like you, I see you as my brother, I open my door to my house, I do everything for you. I eat, you eat. That’s me,” Bonac added.

Nowadays, William Bonac largely works by himself, not employing another coach after splitting with Neil Hill. No matter what though, the goal stays the same: winning the Mr. Olympia.

He actually holds wins over reigning champ Big Ramy, beating him at the Arnold Classic mere months before the Egyptian’s perfect score to win the 2020 Olympia. However William says that he did not beat the best version of Ramy, but plans to change that this year.

“My goal is, of course to beat Ramy. He’s now the man, he’s the champ. He’s the one to beat, he’s the one that everyone’s trying to go after now. He’s the standout,” Bonac said.

It is going to be interesting to see how William Bonac looks onstage at the 2021 Mr. Olympia. He has always shown the potential of a future champ, and time will tell if he can finally reach that potential.