Will the 'Conqueror' take back the Arnold Classic crown this year? 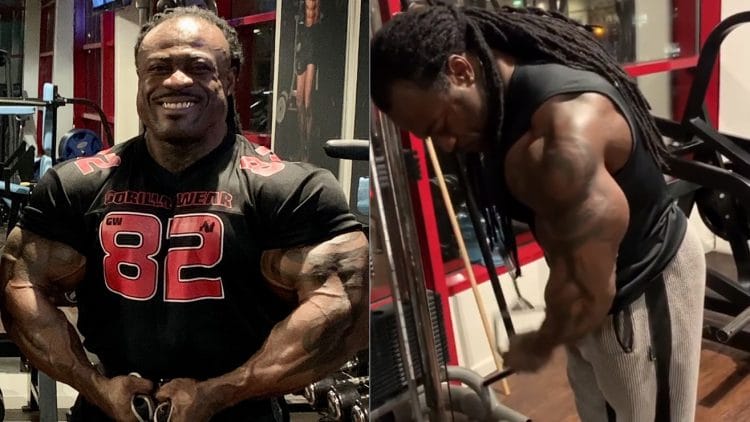 William Bonac is at the top of his game right now having placed second in the 2019 Mr. Olympia which was his best finish yet in the biggest bodybuilding competition in the world. He has placed in the top 5 in every competition since 2015, winning the Arnold Classic in 2018 and progressively improving his position at the Olympia each year.

So, he’s definitely someone to watch as a strong contender for the Mr. Olympia title in the near future and with the 2020 Arnold Classic coming up in a few weeks, fans are eager to see what he brings to the stage especially without his old trainer Neil Hill.

“Road 2 @arnoldsports 2020. Have enough courage to start and enough heart to finish.👑“

“Let the beauty of what you love be what you do.👑
-Woke up looking like this!
I couldn’t resist to zoom the pic in.😅 “

Now, the 2019 Mr. Olympia champion (also 2019 Arnold Classic winner) Brandon Curry won’t be competing at the Arnold Classic this year and based on the competition, Bonac would obviously be a favorite. But you definitely can’t count out a few of the guys who will be competing either as Big Ramy will be there as well as Roelly Winklaar, Dexter Jackson, Steve Kuclo, and a few other top contenders.

Although, many are wondering about Big Ramy who took time off following the 2018 Olympia where he finished a disappointing 6th place after having placed second at the 2017 Mr. Olympia. He could very well come in and shock everyone if he brings the conditioning which was a big problem in 2017.

However, we think Bonac has the advantage of having competed last year with his best placing ever at the Olympia and he’s looking very impressive at this point. But crazier things have certainly happened although we’re leaning towards Bonac for this show. Not to mention, you have Dexter Jackson who you can’t count out either as he placed 4th at 2019 Olympia.

Who do you have winning the 2020 Arnold Classic?