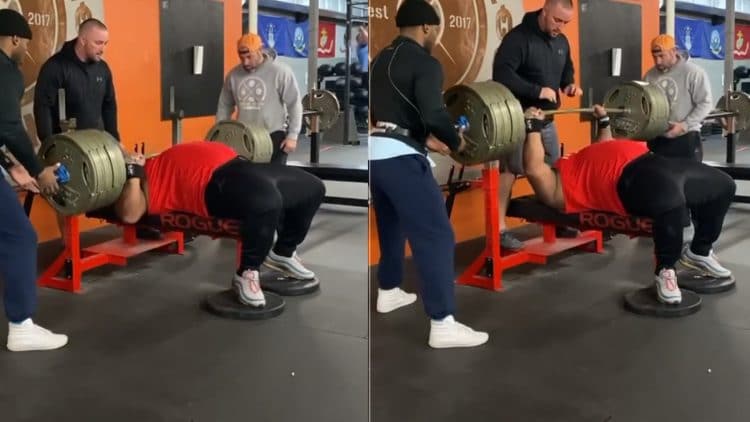 Then… last month he eclipsed his 744.1lb press with a 342kg/755lb bench press in training for a new pr and unofficial world record. Well, a month and 10 pounds later, he achieves his biggest feat yet with 347 kg 765lbs and now we not be joking when we say that we think he may be from another planet.

What’s even more ridiculous is that you can tell he’ll be surpassing this performance very soon and 800 pounds does not at all seem like it’s out of the realm of possibility by 2021. But at this point, we’ll just have to wait for the next time he improves upon his new pr to see where he’s at.

In the meantime, here’s a video of the 755lb bench press from last month for comparison…

Julius Maddox’ recent achievements have obviously caught the attention of the former raw bench press record holder Kirill Sarychev who pressed 335kg/738.5 lbs in 2015. So who knows, we may be seeing a head-to-head bench battle between these two giants as Sarychev has implied that he’ll be coming for the record once again. However, he’s going to have a very tough time catching up to Maddox who continues to improve at a freakish pace.