Video: Roelly Winklaar And WIlliam Bonac Train Together Ahead Of 2019 Mr. Olympia

Roelly Winklaar And William Bonac Get In Workout Ahead Of Olympia 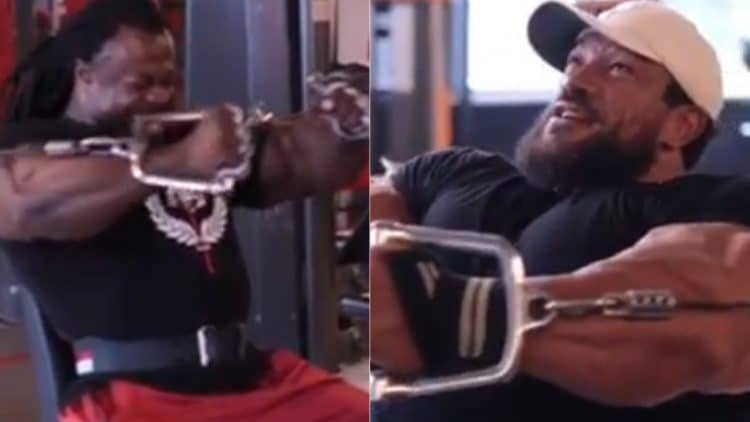 The 2019 Mr. Olympia is coming up fast. Ahead of this historic competition, two of its most promising competitors Roelly Winklaar, and William Bonac, are working together.

This year’s Olympia is expected to be the most exciting in years. With Shawn Rhoden out of the competition, a new champion will be crowned this year. Subsequently, this opens the door to athletes like Winklaar and Bonac to really step up and shine. That seems to be exactly what they are looking to do.

Bonac has been in the news lately, for publicly firing his coach, Neil Hill. The two have gone back and forth, with both men making claims about the other. Despite that, Bonac seems to still be doing a good job getting ready for the Olympia. In a video that Roelly Winklaar posted to Instagram, you can see he and Bonac training together. They are both looking jacked and ready for competition.

Both Winklaar and Bonac look great, just over a month out from the event. Both athletes are qualified for the Olympia, and are two of the people to keep and eye on. Additionally, it would not be hard to imagine a scenario where one of these two walks away with the victory. Unless of course, someone like Brandon Curry snatches the crown from under them.

Roelly Winklaar in particular is one to keep an eye on. Considering he got third place in last year’s competition, this is a big opportunity. He came third to the aforementioned Rhoden, and Phil Heath. It is still uncertain that Heath will not be competing. Subsequently, Winklaar has been putting in a ton of work leading into this. He has been looking huge for weeks ahead of the Olympia. If he continues on this path, it will be hard to deter him from the top spot.

Roelly Winklaar and William Bonac are two of the favorites to win the 2019 Mr. Olympia. If they keep on looking the way they do, it is a lock one of them will be the champion.

Complete Quest Protein Powder Review – Is It A Quality Option?